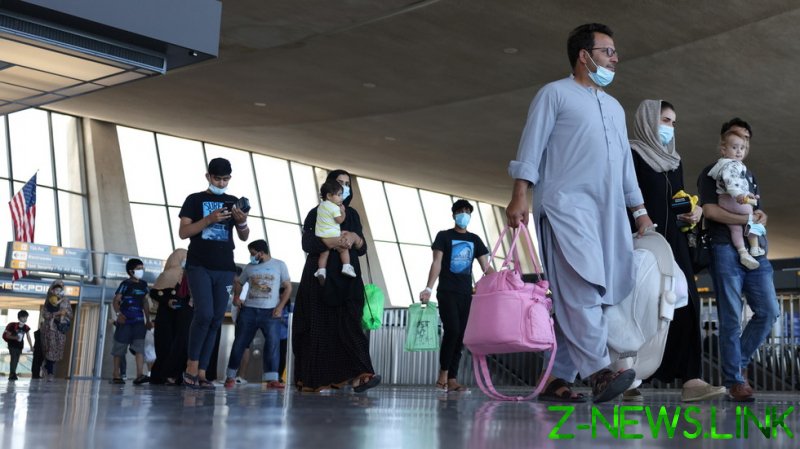 By the time the last American plane left Hamid Karzai International Airport in Kabul a week ago, more than 120,000 people had been airlifted out of the Afghan capital. However, fewer than 6,000 of these were American citizens and their families. “The vast majority” were Afghan refugees and Special Immigrant Visa applicants, according to the Pentagon.

These Afghans were shuttled to American military bases around the world to be processed, with some already flown to new lives in the US. However, keeping and transporting these refugees costs money, and Biden on Tuesday revealed the price in a request to Congress: $6.4 billion.

The White House asked Congress to include this sum on a forthcoming continuing resolution – a bill that modifies the previous year’s spending bill to allow the continued functioning of government should debate delay the passage of the following year’s spending legislation.

The $6.4 billion will fund the security and health screening of “tens of thousands” of Afghans at the US’ overseas processing centers, humanitarian assistance for these people, transit costs from the centers to the United States, “along with full resettlement resources and a path to enable them to build successful new lives here,” all as per a White House statement.

Once in the US, these refugees will also be assisted by government-funded NGOs, meaning the true cost to the taxpayer will be higher still. Moreover, Biden’s request only asks Congress to temporarily fund these refugees, and more money could potentially be set aside for them in next year’s budget.

An administration official told reporters the funding will be used to bring some 65,000 Afghans to the US by the end of September, and another 30,000 after that.

Despite the apparently hefty price tag, $6.4 billion is a drop in the ocean compared to the roughly $2.3 trillion the US spent on its two-decade war and occupation in Afghanistan.