Home / sports / Moraes made a statement on the scandal.

Moraes made a statement on the scandal. 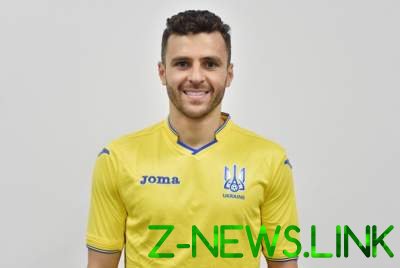 Forward “Shakhtar” Junior Moraes commented on the rumors regarding the process of naturalization in favor of the national team of Ukraine.

Moraes before the start of the selection at Euro 2020 has received Ukrainian citizenship, and was immediately summoned to the national team. In the match against Portugal (0:0) ex-Brazilian entered the field in the closing stages of the second half and in the match against Luxembourg (2:1) played the full 90 minutes.

Later, football Federation of Portugal and Luxembourg, has appealed to UEFA an official appeal regarding the legitimacy of the participation of Moraes in the qualifiers for Euro 2020. Opponents of the Ukrainian team found a violation in the case of Moraes seventh paragraph of the FIFA statutes, according to which naturalization the player must continuously live in the country for 5 years. In the case of Moraes was the place to be six-month lease to a Chinese club in 2017.

See also:  Scientists have made an unexpected statement about ancient people

“I think everything’s fine. The Federation checked everything before I went on to play for the national team of Ukraine,” said Moraes in the commentary for “Today”.

The Secretary-General of the football Federation of Ukraine Yuriy Zapesotsky also confident that the national team of Ukraine Junior Moraes appeared compliance with the FIFA statutes.

According to Ukrainian legislation, Moraes had every right to citizenship, since their continuous stay in the territory of Ukraine shall be considered residence in Ukraine persons, if it is a one-time trip abroad on private business didn’t exceed 90 days and in total for the year is 180 days.