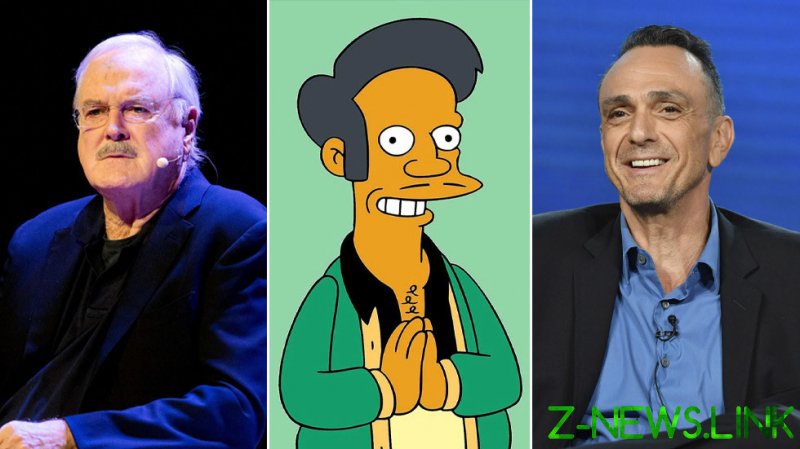 Azaria drew a mixed response this week when he said sorry for his portrayal of the long-running cartoon’s Indian shopkeeper Apu Nahasapeemapetilon, whose stereotypical identity, the actor said, had helped maintain “structural racism.”

Cleese issued his own humorous take on the political correctness row after many Simpsons fans said Azaria’s comedy did not require him to apologize and accused the actor of trying to be “woke.”

“Not wishing to be left behind by Hank Azaria, I would like to apologise on behalf on Monty Python for all the many sketches we did making fun of white English people,” Cleese said in a tweet on Tuesday. “We’re sorry for any distress we may have caused.”

Cleese’s sarcastic post had garnered over 48,000 likes at the time of publication. Fans replied with their own references to some of the many cultures and identities that featured in Monty Python’s comedy and could therefore potentially claim to be offended.

The actor Jonathan Lloyd Walker replied with “and the bloody Romans” – a reference to a sketch starring Cleese as the leader of the fictional People’s Front of Judea, who asks “what have they [the Romans] ever done for us?”

Other Twitter users similarly chimed in with well-loved examples of people mocked by Monty Python, including the French, the Chinese, “upper class twits,” Catholics, people from Yorkshire, and others.

Some users questioned why white people are “trying to be offended” on behalf of ethnic minorities in order to “appear virtuous,” and suggested that comedy relies on being able to make jokes about different cultures.

Among them was Canadian evolutionary psychologist Gad Saad, who urged people not to apologize for “faux transgressions” and said he could help Azaria “find his testes and spine.”

There were others, though, who apparently didn’t realize Cleese was joking, some who accused him of “white privilege,” and also a user who referred to his fellow Python Eric Idle donning blackface.