‘Months or years’ before US arms reach Ukraine – media 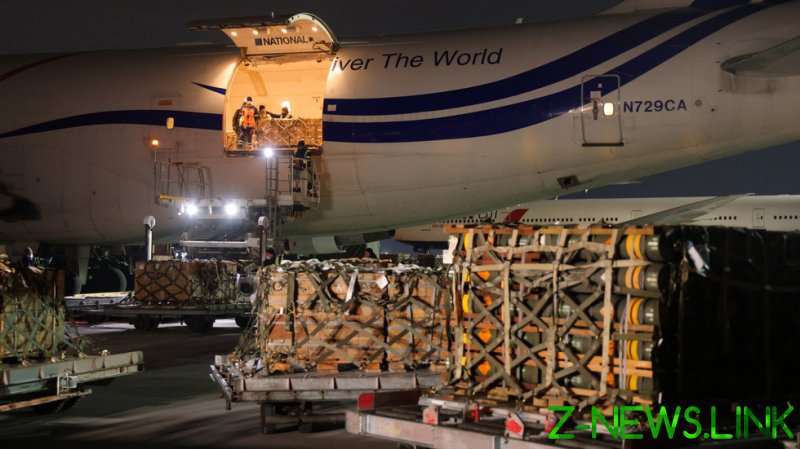 Years could pass before some of the weapons in the upcoming “largest ever” package of US military assistance to Kiev actually reach Ukraine, according to Western media reports.

On Tuesday, a number of mainstream media outlets cited anonymous US officials as describing the impending announcement of a $3 billion package of military aid to Ukraine. If confirmed, it would be the largest of its kind so far. Washington is by far the biggest supplier of military hardware to Ukraine as it fights against Russia.

However, some of the promised equipment “will not be in the hands of Ukrainian fighters for months or years,” according to NBC News, one of the outlets that reported the upcoming package. Included in the package are advanced weapons that are still in the development phase, it explained.

The same caveat was cited by the Associated Press, which said that it may take “a year or two” for the arms to reach the battlefield, according to its sources. Washington expects Ukrainian forces “to fight for years to come,” US officials told the AP.

READ MORE: US to fund more arms for Ukraine – media

The AeroVironment Switchblade 600 drone is an example of a weapon system that was promised to Ukraine months ago but has yet to be delivered. Defense News said this week that the Pentagon plans to sign the contract necessary for sending 10 of the so-called “kamikaze drones” within a month.

Last month, Ukrainian Defense Minister Aleksey Reznikov called on foreign suppliers of arms to use his country as a testing ground for new weapons. He pledged to provide detailed reports about the experiences of Ukrainian soldiers with the prototypes provided to them.