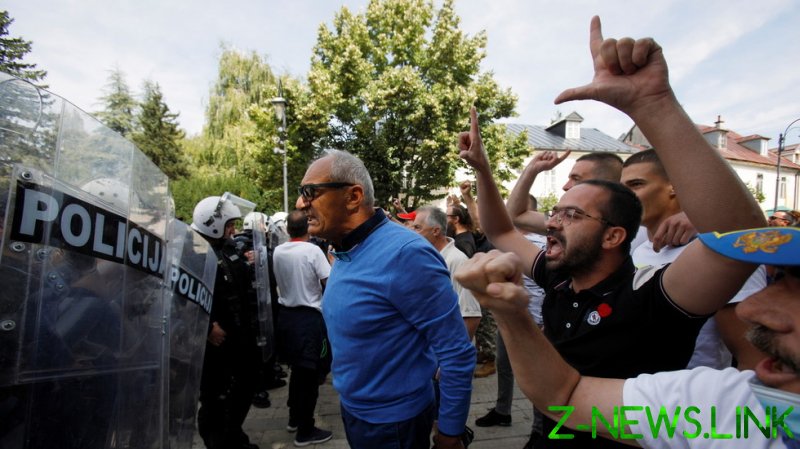 Protesters wanted to prevent the inauguration of Metropolitan Joanikije in a local monastery.

The office of Prime Minister Zdravko Krivokapic told the Vijesti newspaper that a Molotov cocktail was hurled at the officers. The Cetinje mayor’s office denied this, however.

On Saturday, protesters used tires, concrete blocks and rocks to block traffic on roads to Cetinje from Podgorica, the country’s capital and largest city, and Budva. On Sunday, they set the barricade on fire as police tried to negotiate them to leave. 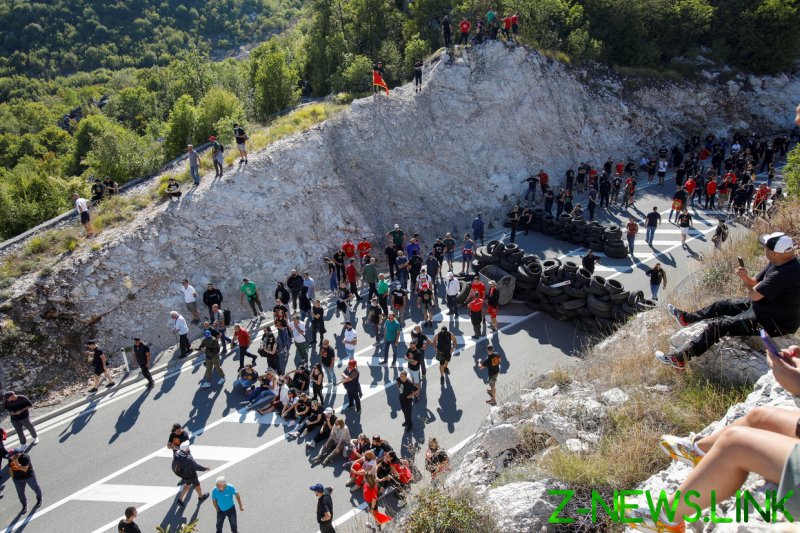 Joanikije was chosen to lead the Serbian Orthodox Church in Montenegro in May after his predecessor, Amfilohije, died from Covid-19.

Opponents of Joanikije previously clashed with police in Cetinje on Saturday, while the bishop’s supporters rallied in Podgorica. The protesters threw stones at police and tore down a security fence around Cetinje’s main monastery, shouting “This is Montenegro” and “This is not Serbia.” 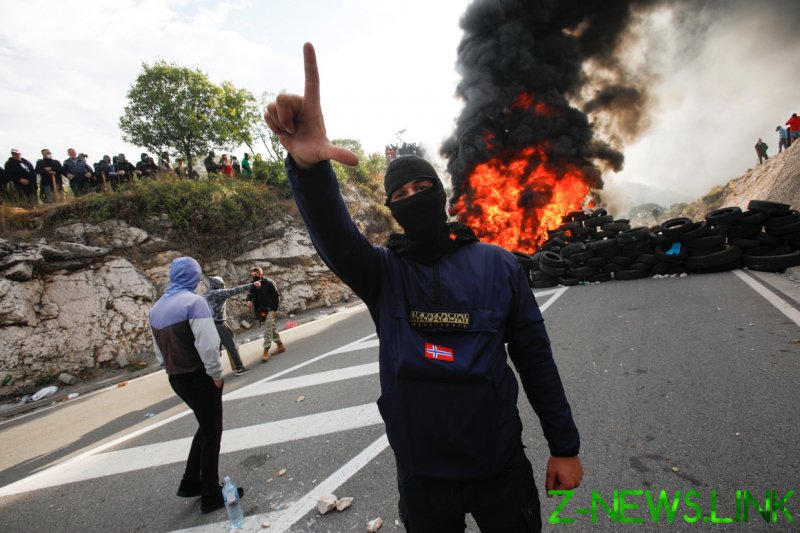 Montenegro separated from Serbia in 2006, but about a third of the country’s population of 630,000 identifies as ethnic Serbs, who retain strong links with Belgrade.

The majority of Montenegrins are members of the Serbian Orthodox Church, which nationalists say undermines the nation’s struggle for sovereignty and independence.