Home / economy / Money is fleeing in panic from Russia

Money is fleeing in panic from Russia 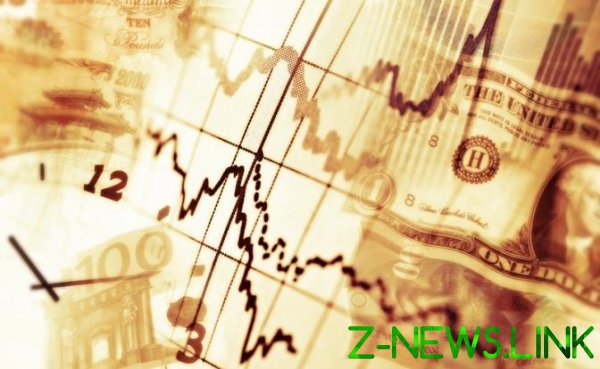 Last week, the Bank of Russia has published data on key indicators of the balance of payments for the first four months of the current year. One of them — the balance of financial transactions of the private sector. It was negative and amounted to 34.7 billion dollars. Translated into more understandable Russian language is the largest net outflow (the excess of outflow over inflow) private capital. In even more plain language is the value characterizing the magnitude of bleeding (robbery) of the Russian economy.

For comparison, over the same period last year, net private capital outflows amounted to 18.5 billion dollars. The scale of capital flight out of the country for the year increased almost two times. Emphasize that this is not just the outflow of capital, and its stampede. Compared to earlier years (2017 and 2016) the scale of net capital outflows (for the comparable period of the first four months of the year) has increased many times.

Assuming that the trend in the first four months of this year continues, then, by applying simple extrapolation, we obtain the annual amount of net outflow of private capital equal 111,9 billion. For comparison, the data on net capital outflows for previous years (billions of dollars): 2016 18,5; 2017 — 25,1; 2018 — 63,3. Let me remind you that a record amount of net outflow of private capital from Russia was recorded in 2014: 152,1 billion. (the main reason then the sad record of catastrophic collapse of the ruble exchange rate). If the current trend of increasing capital flight from the country continues, then next year’s “record” of 2014 to be surpassed.

Panic flight of capital from Russia to many observers looks absolutely irrational phenomenon. The irrationality of this flight has two aspects.

First, the government admits that the country is building capitalism. No, of course, no officials says this terrible word “capitalism”. Instead, he uses the euphemism “market economy”. A market economy without capital is unthinkable. Building blocks of capitalism (“market economy”) is, by definition, is capital in production, trade, money; fixed and working; investment and loan, etc. But the government can not lay even the Foundation of the building called “market economy” because all the building material — capital — from the construction site is diverted. With the construction of Russian capitalism is clearly something wrong.

Second, it is difficult to explain the reasons of the withdrawal of capital from Russia.

On the one hand, there are external factors that need to slow down and even block the flight of capital. Worldwide unfolds the fight against offshore tax evaders. Immediately after the global financial crisis 2007-2009 on the initiative of the USA and the OECD began preparing multilateral agreements on cooperation in combating tax evasion. In the end, October 29, 2014 signed a multilateral framework agreement of competent authorities on the automatic exchange of information in accordance with the common reporting standard (CRS MCAA). Their signatures under the document was then put 51 jurisdiction. Now the number of signatories of the agreement reached 100, among them many offshore jurisdictions. Under CRS MCAA States and jurisdictions are signing specific agreements direct action on the exchange of financial information. You can guess that the “fugitives” from Russia under the hood of the global system of financial control are unlikely to feel comfortable.

Another external factor that are supposed to cool the ardor of potential “fugitives” from Russia, and economic sanctions against our country. These sanctions threaten freeze (arrest) and “expropriation” (confiscation) of assets formed at the expense of runaway capital. The “freezing” of assets is not a potential threat, and, as they say, “medical fact”. Already last summer, on the front pages of the news were full of such sensational words: “Swiss Bank at the request of the US froze the assets of Russian oligarchs in $ 5.5 billion”, “Bank of Cyprus froze Russian assets of Vekselberg” “blocked account Deripaska”, etc. In this situation, the withdrawal of capital from Russia looks like an act of mad suicide.

On the other hand, there are internal factors that are designed to prevent capital flight and even encourage the return of “prodigal sons” in his native homeland. Here we can recall two of the Amnesty of capital.

The first Amnesty took place in 2015-2016. The second Amnesty of the capital acted in the past year, and until the end of February 2019. However, as the saying goes, “the mountain gave birth to mouse”. The results of both amnesties were meager. Now the State Duma is preparing a draft of the third Amnesty, but there is no certainty that it will be able to reverse capital flows in the opposite direction. The list of initiatives of the government to curb capital flight and its return is very long, but the effectiveness of all initiatives is highly questionable.

So, last year, under Russian jurisdiction was established two exotic island — a sort of internal offshore zones. One in the far East (Russian island), the other — in Kaliningrad (October island). Islands, according to my information, still remain uninhabited.

So how do you explain the paradox of capital flight from Russia? To name only a few major releases.

First, Russian authorities like one hand trying to stem the flight of capital, and they encourage him. The promotion of the flight is reflected in the fact that entrepreneurs in his circle called “growing mess” and the Russian Ministry of Finance and economic bloc euphemism — “deteriorating investment climate”. But there are more specific incentives to escape.

For example, the introduction of “tax-resident” for allowing Russian oligarchs to pay taxes into the Russian Treasury, and the Treasury of other States. It is not surprising that the British press in the top ten richest oligarchs in the UK have included Roman Abramovich, Usmanov and M. A. Friedman. Already it is unclear what to call them: “the Russian oligarchs” or “British oligarchs.” It is possible that their contribution to the British Treasury today, more than in Russian. Despite the fact that still a significant part of the assets of the said gentlemen is physically located on the territory of the Russian Federation.

The Ministry of Finance of the Russian Federation strongly defends oligarchs (it is not clear whose), offering to cancel the fines and other punishments for non Declaration of foreign currency proceeds from exports of goods and services and for failure to return her to Russian jurisdiction (however, the requirement for the return was and to this purely formal: the capital must be to return to the Russian account, and then managed to leave in “a far country”).

Secondly, it should be understood that the phrase “the Russian oligarch” is a euphemism. Correct these gentlemen called “managers”. They were set as control various assets on the territory of Russia these oligarchs, most of whom are physically far from our country. I prefer these oligarchs call the “masters of money” as they relate to the Federal reserve system of the USA with “printing press” to create a world currency — US dollar. These are the real oligarchs are either shareholders of the U.S. Federal reserve, or closely associated with them.

What to us seems chaotic and panic capital flight is actually a planned operation for the withdrawal of capital from the country in the interests of “final beneficiaries”, which are the “masters of money”. Together with capital in foreign jurisdictions can be moved and managing. As example would be Mikhail Prokhorov. Previously, he was listed as a “Russian oligarch”, now more correctly called “American oligarchy”. A more correct — “American Manager” of the “masters of money”.

As a textbook example of a “Russian oligarch” can be called Mikhail Khodorkovsky, who was appointed to this position in the course of privatisation and mortgaging auctions of the 1990s, He showed an example of a “Manager” who imagines that he is a real oligarch. It ended with his arrest in 2003, Khodorkovsky and the deprivation of his property rights to such a rich asset as the oil company YUKOS. For several months, the investigating authorities find out, how it was organized by the management of that company. Straight a chain of offshore companies. The last in this chain was an offshore company registered in Gibraltar. It documents the “ultimate beneficiary” was not Mikhail Khodorkovsky, Jacob Rothschild is one of the real “masters of money”. I think that if our law enforcement agencies have done similar work for other “Russian oligarchs”, they would come to similar “discoveries”.

I hope now it is clear why the “Russian oligarchs” are so bold (and seemingly crazy) continue to withdraw capital from Russia amid tightening economic sanctions and the global campaign against tax evaders, terrorist financing, money laundering, etc. They do not think they trained like hamsters act according to the commands that get from their “owners” from abroad.

Third, the capital of Russia runs not much anyhow. He has a very specific end destinations. I see two of these points — the US and the UK.

I have already noted that about ten years ago, Washington launched a global campaign against offshore tax evaders. In 2014 an agreement was signed by the competent authorities on the automatic exchange of information in accordance with the common reporting standard (CRS MCAA). This year will be the final in the building of a global system of financial control. The number of countries participating in the exchange of financial information should exceed a hundred. As you might guess, the Russian authorities, covering domestic kleptomania, were not eager to join the CRS agreement MCAA. But the West, Russia was forced to this (accession could take place in 2016).

But the most surprising that among the parties to the agreement CRS MCAA is still no USA. I think that never will be. Washington acted as the “goat-provocateur”, but at the last moment stepped aside. Motivation “the goat-provoker” is clear: America has decided to become the world’s only offshore. It is in America as “the promised land”, on a plan of Washington, should flock to the capital from all countries, including Russia.

Apparently, London does not want America to become a monopolist in the “protection” of runaway capital. London wanted to remain a refuge for the “fugitives” at least, from Russia.

Last year the Federal tax service of Russia on quite a large scale for the first time participated in the exchange of financial information with other countries. Exchanges were conducted on the basis of bilateral agreements with dozens of countries. The Federal tax service of Russia gave to its partners in other countries, information on their taxpayers doing business and having Bank accounts in the Russian Federation. At the same time FNS had received similar information from other countries. A bilateral agreement was signed with the UK. FNS gave tax service Albion all the information according to the standards of the framework agreement, 2014. But customs and excise has not received anything. Not received not only information, but even an explanation. Review the obvious: London has submitted the “Russian oligarchs” and government officials-kleptomania team “Welcome to the Kingdom!”

Thus, the capital of Russia is where to run. And the flight probably will continue. And the bleeding of the Russian economy to continue. And robbing ordinary citizens will continue. However, not all so is fatal. All this madness can be stopped overnight. The first and most obvious step in this direction — the immediate imposition of restrictions and even a complete ban on the free movement of capital across the border of the Russian Federation.