Home / WORLD / Monetising white guilt: Virtue-signalling women pay $5,000 for dinner to be shamed for their whiteness

Monetising white guilt: Virtue-signalling women pay $5,000 for dinner to be shamed for their whiteness 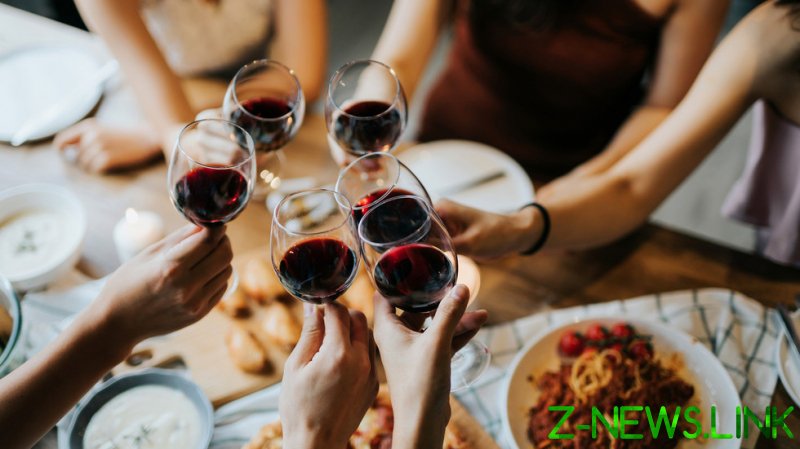 These now-widely reported events are organised by Race2Dinner, a company created by Regina Jackson, who is black, and Saira Rao, who is Indian American. Jackson and Rao are part of the growing woke training industry, which is busy successfully monetising white guilt. As Molly Fischer of New York magazine noted, “[The] two entrepreneurs have built a business dredging up white women’s shame.”

Earning serious cash on the back of guilt tripping a group of white women is reminiscent of the medieval Catholic Church selling indulgences to sinners looking to be saved. From the standpoint of woke dogma, white privilege is the original sin that underlies the morally inferior condition of whiteness.

However, unlike the old Church, which relieved you of your guilt, woke trainers are committed to ensuring that you remain constantly aware of your white privilege.

The dinner parties are underpinned by the notion that whiteness is a pathology that requires constant, quasi-therapeutic intervention and cure.

The concept of whiteness conveys the sentiment that being white leads people to adopt attitudes and forms of behaviour that are intrinsically problematic and racist. Apparently, no one who is white is immune from internalising whiteness and those who resist acknowledging their complicity in maintaining the regime of white privilege are denounced as exemplars of white fragility.

The aim of Race2Dinner parties is to “deconstruct whiteness” through a form of therapeutic intervention that targets the inner life of the white ladies attending the dinner party. As Jackson said, “Until you deal with your inner stuff – until you can say, ‘I’m coming from a place where I recognise that I have these thoughts, and I’m working on it’ – everything else is performing.”

It is symptomatic of the decadence of contemporary American culture that groups of grown-up white women are prepared to undergo the humiliation of being told off for who they are by a sanctimonious woke hustler.

Instead of a therapist couch, the virtue-signalling white women who cough up $5,000 are offered a seat at the dinner table. The staging of a dinner party is carefully chosen as the site for this performance of self-abasement. As Rao explained, “white women love dinner parties more than anything.”

“It’s their safe space to talk about how much they hate their husbands, how their kids are super annoying, how crazy busy they are, the latest school auction they’re raising money for. You turn the place where they typically unleash their entire sea of whiteness into somewhere where you can actually have safe, not shameful, conversations around racism,” she added.

The initiative organisers insist that the ladies must be prepared to “set aside your white woman tears” and “smash your white fragility.”

Jackson is uninhibited about expressing her loathing towards white women. She regards her clients’ weakness and fragility with contempt. “We all know about white women’s tears,” she says, as quoted by the Times, before adding that “it has caused the death of hundreds, maybe even thousands, of black people.”

Jackson and Rao forbid crying at their dinner parties because it distracts those in attendance from absorbing the instructions of their trainers. Rao notes that crying derails the training session since when “white women cry,” everything “stops and shifts back to your fragile white womanhood.”

Jackson and Rao resemble stern parents, who shout at their child ‘Behave yourself! Stop crying!’ Except that the targets of their sternness are grown-up, adult women.

No doubt once the whiteness of the ladies is ‘deconstructed’, they turn into compliant puppies who are constantly looking for affirmation from their woke trainers. In this way, the dinner party guests are thoroughly infantilised.

Race2Dinner has turned into a success story, a testimony to the power of moral entrepreneurship. A self-help book, ‘White Women: Everything You Already Know About Your Own Racism and How to Do Better’, is in the pipelines and apparently a documentary project is underway. No doubt soon there will be T-shirts and various cosmetic products targeting the white female virtue-signalling market.

The reintroduction of the religious ritual of the confessional into the middle of a middle-class dinner party indicates that woke dogma has become a veritable growth industry. Turning adults into needy children is the outcome of their business model.