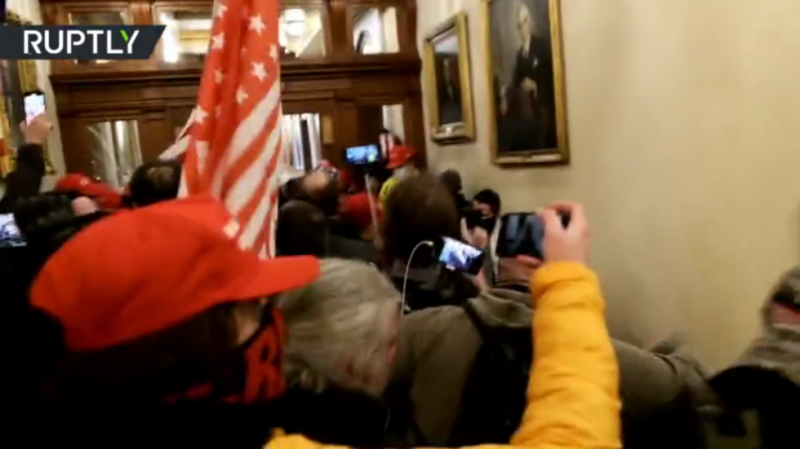 The video shows a group of Trump supporters standing next to a barricaded door. A single gunshot can be heard, though footage doesn’t show the shooting itself. Shortly afterwards, the victim can be seen bleeding on the floor as members of the DC Capitol police are giving her first aid.

The victim was identified by multiple media outlets as Ashli Babbitt, an Air Force veteran from San Diego.

Police Chief Robert Contee confirmed that a police officer shot the woman, who died in hospital later in the day. He added three other people, a woman and two men, died in “medical emergencies” in the area around Capitol Hill on Wednesday.