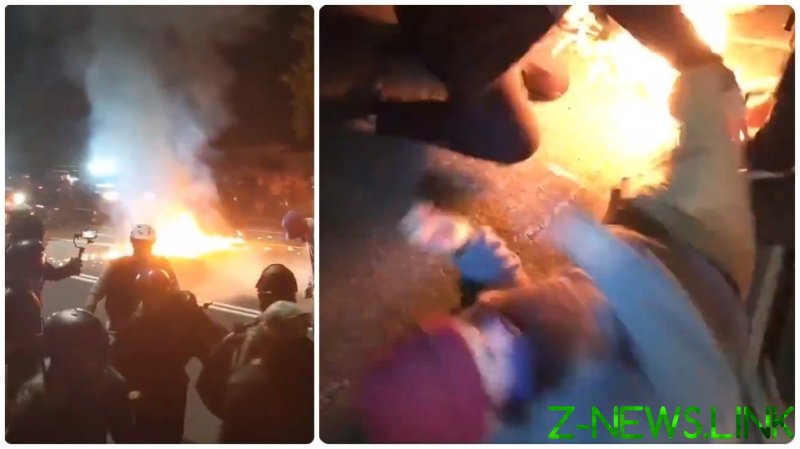 Footage of the incident shared by Portland police shows a tense confrontation between officers and a group of BLM activists. After the first makeshift firebomb hit the ground somewhere between the two parties, police declared a riot.

One member of the community was injured in the incident, police said. The victim was apparently one of the protesters, whose legs were doused in fuel from the firebomb and ignited. Others helped him put out the fire, another video from the scene has shown.

Tensions in the city escalated recently with the death of a pro-Trump supporter, who was allegedly shot dead by an Antifa member. The suspect was later killed when the police tried to arrest him.