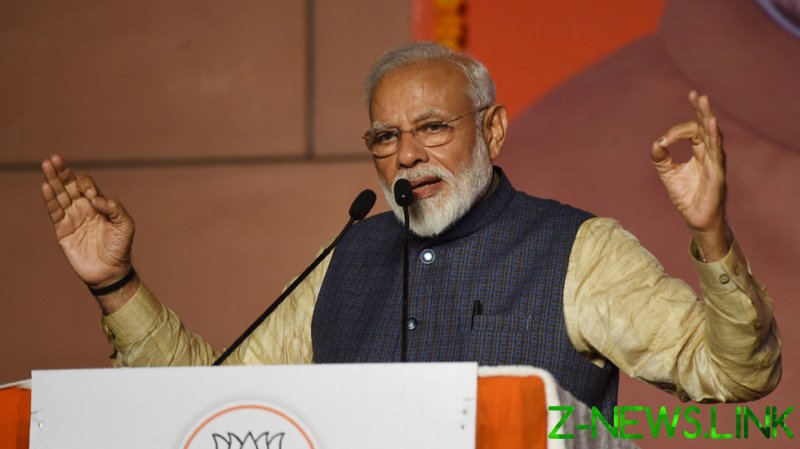 India is suffering a catastrophic second wave of Covid-19. With the number of new cases averaging nearly 250,000 a day over the past week, the country’s healthcare system has been pushed to the brink and deaths are on the rise, forcing several cities and states to go into lockdown.

Prime Minister Narendra Modi has sought to avoid another national shutdown, but is under pressure, having been accused of complacency in his handling of the outbreak, even mistakenly assuming the country already had herd immunity. In the space of a month, India has transformed from an exporter to importer of vaccines as it scrambles to inoculate its enormous population.

But while the scale of human tragedy is high, the geopolitical stakes are too – and the two factors are interconnected. Modi has essentially done too much too soon by attempting to pitch India as an international peer competitor to China, tilting toward the West, and dramatically overselling his country’s capabilities in both supply chains and vaccines. The result has been a disaster at home which has forced an unavoidable retreat inward, reminding the world that whilst India has enormous potential, it has a long way to go.

Modi is a Trumpian guru. A Hindu nationalist, his political ethos has been pinned on attempting to dramatically transform India’s fortunes through protectionism and depicting China as responsible for the country’s economic woes and lack of development.

It’s low hanging fruit; the two countries are of similar population sizes and potential, yet have enjoyed very different fortunes for the past 40 years. From a relatively similar starting point, China’s GDP is now five times that of India’s. This has led Modi’s government to promote manufacturing in India as an alternative to China in supply chains. It is obvious some countries themselves shared this strategic idea; why else was UK Prime Minister Boris Johnson so determined to visit?

This thinking has extended toward vaccines too. India has extensive capacity to produce vaccines, and it teamed up with its partners in the Quad – the United States, Japan and Australia – to set a goal that its production would beat back China’s so-called ‘vaccine diplomacy’.

A month ago, the group announced a deal to provide one billion doses to South-East Asia by 2022, all produced in India. New Delhi itself was also making voluntary vaccine donations around the world, too, especially to countries in its periphery. Again, this was primarily motivated by anti-China geopolitics.

However, this obsession with competing with China at all costs has come at the expense of India’s own population. While Beijing has been able to export vaccines primarily because it has Covid-19 under control at home, New Delhi has appeared to take the domestic situation for granted, and has limited economic capacity to engage in strict lockdowns due to the country’s more fragile food situation.

Combined with the country’s heavy population density, this has produced a second wave that has been described as a tsunami, as well as a potentially dangerous new variant.

And so India’s Quad deal and China pushback has been all but scuppered before it even truly got under way. The situation has forced India to block exports, and “take a step back from the world” as well as import vaccines such as Russia’s Sputnik.

The scale of the crisis and growing criticism at home likely mean that India will now prioritize vaccinating its own population first, which will be a mammoth job. And there will be political repercussions, too. New Delhi will perhaps not be seen as the effective alternative to China that Modi has pitched it to be, which in the short term may be a setback in the ongoing efforts to try to contain Beijing’s influence in the surrounding region.

And so, for many countries in South and South-East Asia, the situation ultimately confirms that China remains the only real viable vaccine option, whether they like it or not. As much as the West rails against China’s political system, Beijing’s ability to control Covid and successfully export vaccines means it remains the best bet.

Modi has undoubtedly made promises to the West he has struggled to keep, and overlooked the obvious disparities in the level of development and economic situation between his country and China.

India has great potential; it was one of the world’s largest economies in the pre-modern world, and it could very much become so again. But the desire to compete with China is also premised on the thinking it is a ‘civilization state’ with a grand historical, philosophical and cultural portfolio dating back millennia.

It is fair to ask, though, if it is really serving India’s best interests to join the West’s anti-China game. And is beating China abroad key to making progress at home? To say the least this has been a painful lesson for Modi to learn, and for the time being it’s back to the drawing board.