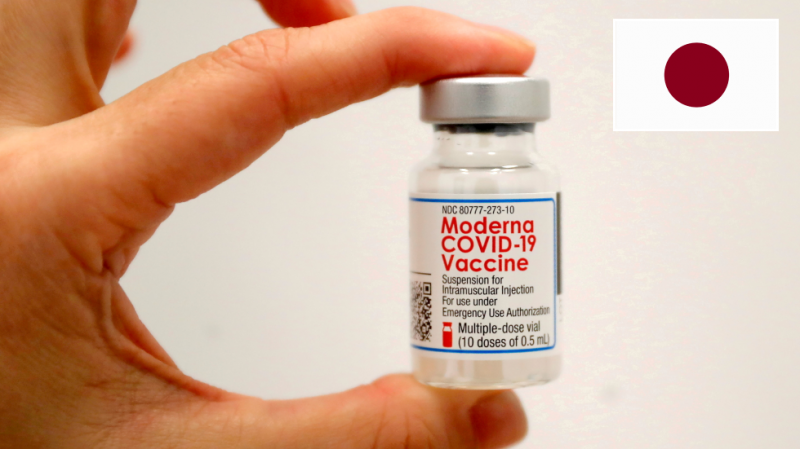 Speaking to reporters on Tuesday, Norihisa Tamura offered a possible explanation for the contaminating matter found in Moderna vaccines in the prefecture of Okinawa. He said that it was most likely the result of needles being incorrectly inserted into vials, resulting in pieces of rubber entering the vaccine.

The health minister insisted, however, that “whatever the reason [for the foreign matter], we have heard that there is no safety or other issues.” He promised that the authorities “will continue to gather information and report back” on any updates.

His remarks come after authorities in Okinawa said on Sunday that they were temporarily stopping the use of Moderna’s Covid vaccine – Spikevax – after “foreign substances were spotted in some of them.” According to a statement from the Health Ministry, black matter was found in a vial and syringes, while a pink foreign body was found in another jab.

Two men in their 30s died just days after receiving their second doses of Spikevax from a batch of suspended shots, Japan’s Health Ministry confirmed on Saturday. Investigations into the exact cause of the deaths are underway.

A total of 2.6 million shots of Moderna’s Covid vaccine were suspended for use across Japan due to contamination fears. The administration of one million doses was halted over the weekend in Okinawa and Gunma prefecture, near Tokyo, after reports that similar black matter was discovered in vials.

Incidences of spoiled batches coincide with Japan battling a surge of coronavirus cases that has plunged half of the country’s prefectures into a state of emergency.

Tokyo, initially sluggish to roll out Covid shots, has vaccinated almost 54% of its population with a first dose, while just over 43% are fully inoculated, as per statistics from NHK world.