Home / WORLD / Moderna vaccinations halted in Japan’s Okinawa after ‘black substances’ found in vial, days after other batch of jab was suspended

Moderna vaccinations halted in Japan’s Okinawa after ‘black substances’ found in vial, days after other batch of jab was suspended 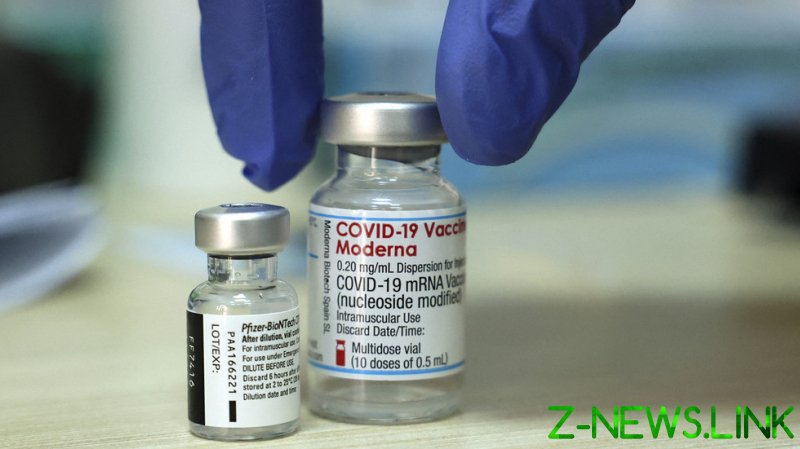 Black substances were discovered in syringes and a vial, while unidentified pink substances were spotted in a different syringe with a Moderna vaccine dose, according to Japan’s public broadcaster, NHK.

Okinawa’s government said in a statement on Sunday that it was suspending the use of Moderna vaccines after “foreign substances were spotted in some of them.”

Takeda Pharmaceutical, Japan’s domestic distributor of the Moderna shot, is expected to probe whether the suspected contamination occurred during production and will consult with the health ministry on the matter, NHK reported.

The discovery comes just three days after Japan suspended the use of more than 1.6 million Moderna doses that had been distributed to 863 vaccination centers around the country. The doses were temporarily pulled from circulation as a precautionary measure after foreign material was discovered in some vials. Some of the doses were reportedly contaminated with metal particles. The newly discovered contaminated doses in Okinawa are from different vaccine lots.

While the issue is still being investigated, Japan’s Health Ministry revealed on Saturday that two people who had received their second Moderna doses from the vaccine lots withdrawn earlier this week had died. The ministry said it was investigating what killed the two victims, both men in their 30s, and that it was currently unknown if the vaccine played a role.

The vials from the pulled batches, which were manufactured by a Moderna contractor in Europe, are currently undergoing laboratory analysis. The results will be available early next week, Moderna and Takeda said in a joint statement released on Saturday.

On Friday, Taro Kono, the minister in charge of Japan’s immunization campaign, disclosed that more than 500,000 vaccinations had already been carried out using the doses from the vaccine lots in question. So far, there doesn’t appear to be any “serious safety issues” identified, Kono said.

The European Medicines Agency (EMA) has launched its own probe to determine if the EU’s Moderna supply suffers from similar contamination problems.