Models from scandalous NAKED high-rise photoshoot in Dubai to be deported, authorities say 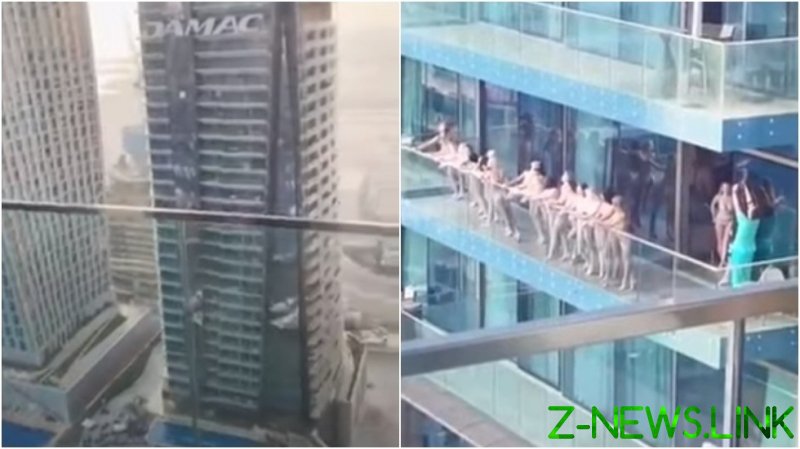 The investigation into “the recently publicized photo shoot, which contravened UAE law” has been completed, the Dubai Media Office announced in a tweet on Tuesday.

“The individuals involved will be deported from the United Arab Emirates. No further comment shall be made on the matter,” it said.

More than a dozen young women and the organizer have been detained after staging a nude photoshoot in broad daylight on the balcony of a high-rise building in Dubai’s posh Marina neighborhood on Sunday. The models were from the former Soviet Union countries. The only Russian in the affair was the organizer, according to some media reports, while others identified him as a Ukrainian.

The police acted after a video of the stunt, which was staged during the Muslim holy month of Ramadan, went viral on the internet. It was filmed and uploaded online by a stunned resident of a nearby building. He was also detained.

The authorities pointed out that the behavior of those behind the naked photoshoot was “unacceptable” and contradicted “the values and ethics of Emirati society.”

The UAE penal codes derive many elements from Islam’s strict Sharia law, with the police warning that lewd actions and debauchery could be punished by a six-month jail term or a fine of 5,000 dirhams ($1,300).