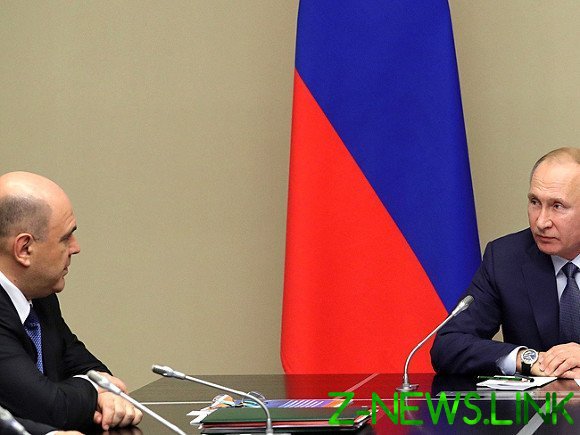 Society is not explained, Mishustin better than Medvedev and the security Council the latter will bring more good than the government. People must guess about it for yourself. Besides, now they have to wonder why it was necessary to change the Tea to the Deputy Bastrykin. In parallel, we need to understand why Putin wants to consult with the people about their constitutional amendments, but doesn’t want to do so in accordance with the official procedure stipulated in the legislation on the referendum. We have not explained why to amend the Constitution should be so hastily and why to the Commission on their training included Isinbaeva and Matsuev and did not include, for example, Marsakova and Shanisa.

Putin used that the smaller the society, he explains, the more excited it skips a beat, amazed by the grandeur of the plan of the President. Putin is a hostage of your own experience. Yes, twenty years ago it was exactly, but the reason for such a perception on the part of the people was only with the peculiarities of time and is not at all unconditional. Coming after the unpopular Yeltsin, Putin was a “President of hope” and all ambiguous interpreted in his favor. People were willing to wait and timidly hoped that more would be better.

The situation has changed. At the core of Putin’s rating has long been is not the belief that he will achieve improvement. People are just afraid that without him will be even worse. Unclear now is not interpreted in favor of Putin, it is rather annoying. Not understanding what’s going on people begin to feel that Putin himself does not really understand what he’s doing. Either they take his moves as attempts of self-seeking ruler to consolidate his own power, and not as a concern for the common good. No sense of the universal wisdom hidden in the actions of the ruler are long gone.

Putin, of course, does not feel he is in the Kremlin. There are professionals and they should realize that the strategy of information support of the actions of the leader must change. Replaced mysterious bombast should come the detailed explanation — just the chewing of what is happening.

It is impossible in a situation when you move down, use the same techniques that you used while you were carried up.