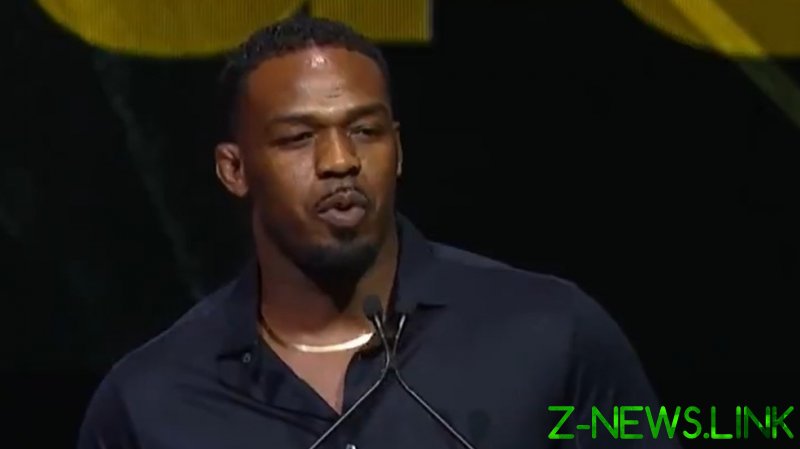 Jones’ bail is set at $8,000 and the star is reportedly scheduled to make a court appearance on Saturday morning.

According to US outlet TMZ, law enforcement  received a call from Caesars Palace around 5:45am, where they then made contact with the UFC star.

There has been no official comment from Jones or the UFC as of yet.

Jones, who has yet to taste (a non-DQ) defeat in his extensive run with the UFC, has faced several legal issues throughout his career after previously being arrested for hit and run (in an incident which left a pregnant woman with a broken arm) as well as drunk-driving and negligent use of a firearm, among others.

His hit-and-run arrest, which occurred in Albuquerque, New Mexico in 2015, resulted in him being stripped of the UFC’s light heavyweight championship after he was adjudged by UFC officials of a breach of the organization’s Athlete Code of Conduct policy.

Jones’ most recent arrest came in March of last year when he was detained on numerous charges including aggravated driving while intoxicated (DWI), negligent use of a firearm, possession of an open container and driving with no proof of insurance.

He pleaded guilty to the DWI charges after agreeing a deal which saw the other charges dropped, and was sentenced to four days house arrest as well as a year of supervised probation, among other punishments.

Jones, 34, was in Las Vegas on Thursday alongside his family for his induction to the UFC Hall of Fame alongside Alexander Gustafsson for their classic UFC 165 title fight.

He hasn’t competed in the UFC since February of last year and announced last summer that he was relinquishing his world title in advance of a move to the heavyweight division, which he told reporters on Thursday is expected to happen in the second quarter of 2022.