‘Mixed bag’: Kim Dotcom says he wants ‘take US to task’ on extradition request after court pays way for handover subject to review 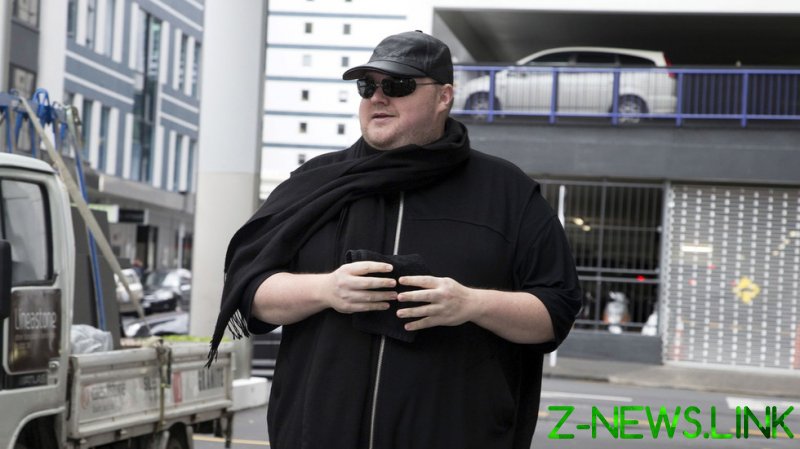 The country’s Supreme Court said on Wednesday morning that a judicial review would determine whether Dotcom – born Kim Schmitz – and three co-defendants will face extradition on 12 counts linked to copyright infringement, paving the way for their possible hand-over to the US. However, the judge also ruled the four are not eligible for surrender on the basis of a money laundering charge, leaving only the IP violations.

“For the Dotcom team, and especially for Kim and his family, it is a mixed bag,” the entrepreneur’s legal team said about the ruling in a statement. “There is no final determination that he is to go to the United States. However, the Court has not accepted our important copyright argument and in our view has made significant determinations that will have an immediate and chilling impact on the Internet.”

Dotcom and the other accused were indicted by US authorities in 2012 over their role in the now-defunct file-sharing platform Megaupload, accused of crimes including racketeering, conspiracy to commit copyright infringement and conspiring to launder money. The four were arrested in New Zealand weeks later, kicking off a years-long extradition battle in the country’s courts.

The internet activist and his supporters, however, insist that file-sharing services like Megaupload should not be held liable for copyright violations committed by end-users, arguing the US case creates a dangerous precedent for “web freedom” that could impact the internet as we know it.

Dotcom’s legal team said it would “wait and see” how both New Zealand and the international community react to Wednesday’s judgment, suggesting the case’s far-reaching implications for the internet will not go unnoticed. “It will be interesting to see how the challenges now faced by Internet Service Providers are responded to,” they said. “Can they live with it? Will it result in access restrictions and further costs that we will all incur as a result?”