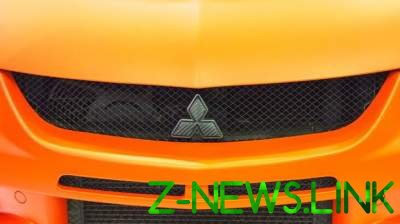 Revocation shall be SUVs and sedans released in 2015 and later

The Japanese company Mitsubishi is Recalling 161,167 thousand cars from the U.S. and Canada due to faulty electrical relay. As stated in the company due to relay failure the engine may stall or overheat.

Revocation shall be SUVs Outlander and Outlander Sport SUVs that were released in the period from 2015 to 2017, sedans Lancer, implemented during the same period, and the Lancer Evolution sedan, which rolled off the Assembly line in 2015. In Canada should be revoked 28.6 cars, the rest of US.

Mitsubishi said that so far no reports of accidents or injuries due to a relay which can reduce the flow of electricity to the motor.

The Japanese company will notify car owners about the defect in October, all repair work to replace the offending parts will be performed by dealers free of charge.

Earlier also it was reported that Tesla has written letters to its customers who purchased the car brand Model X. Tesla indicated a malfunction. To already the second case when recall cars Tesla Model X problems with the seat. In April 2016, the company withdrew 2700 cars, since the third-row seat could move during accidents.

In the summer of 2017, the automotive giants Ford, Nissan and Mazda recalled a total of 2.7 million cars sold in the North American market and are equipped with defective airbags produced by the Japanese company Takata. And in the spring the Russian “AVTOVAZ” recalled more than 100 thousand cars Lada Kalina and Granta.