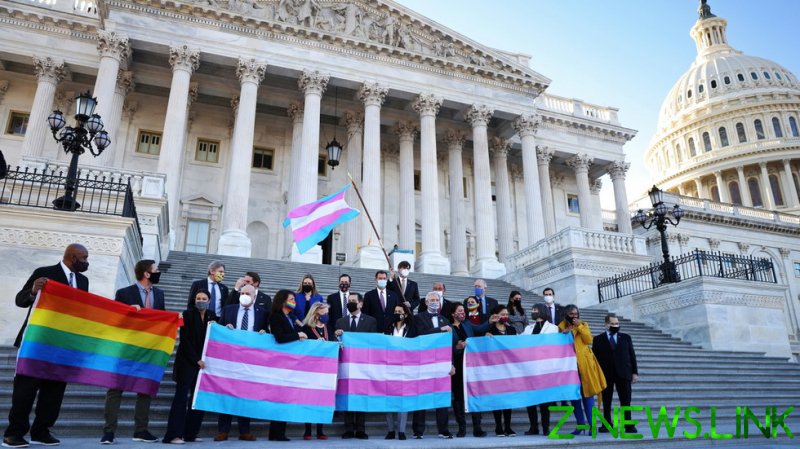 Mississippi Governor Tate Reeves pledged on Thursday that he would sign the legislation which passed the state Senate last month and was approved by the House earlier this week. In a recent Facebook post, he mentioned his two daughters’ dedication to team sports, suggesting they were being unfairly disadvantaged thanks to “the push for kids to adopt transgenderism.”

If there’s one thing that we are passionate about in the Reeves family, it’s my daughters’ sports. I know that the…

The governor skewered Biden’s recent executive order barring women’s shelters, prisons, and other gender-defined institutions from ejecting men, arguing – as many others have – that pitting transgender athletes against biological females constitutes a “radical social experiment” and that young women athletes are being placed at an unfair disadvantage.

While the extremely vocal transgender lobby reliably goes to bat for young trans people who feel they’re being discriminated against, advocates for female-born athletes who just want to play their sport without having to face much bigger, stronger athletes who have all the advantages of having gone through male puberty are few and far between. Worse, Biden’s executive order deprives schools that continue to divide student sports by biological sex of public funding.

The hostile reaction that inevitably emerges when any parent or politician dares to call for a biologically fair sporting contest is enough to chase many of them away – or at least keep them silent. After all, being called a TERF – trans-exclusionary radical feminist – is a fate worse than death for anyone hoping for a career in academia, media, or many other industries, and making public statements denying trans women are in fact women is the equivalent of putting a target on one’s back in some circles.

But if not against women, where can trans women athletes compete? There are already documented cases of trans women annihilating the field in sports from weightlifting to sprinting.

Setting up a transgender league may be financially prohibitive in some school districts, but a regional approach managed by school administrators could solve that problem, in the same way that the parents of home-schooled kids set up sporting contests for their offspring. Such a solution would also clear out any “fakers” motivated by their parents, coaches, or other outside forces to masquerade as female athletes in order to win this or that championship. While it’s not clear how rare of a phenomenon this is, it’s often hyped by opponents of trans women competing in sports, and being able to rule it out as a possibility would help bring both sides toward a sorely-needed reconciliation.

Mississippi’s legislation is a step toward what’s needed to level the playing field, which right now is ripe for abuses. Over a dozen states allowed male-born athletes to compete as women so long as they identified as such, as of 2020, and while lawsuits are piling up against these policies, civil rights advocates like the American Civil Liberties Union have conspicuously taken up arms on the other side of the issue. With they and so many other powerful entities backing up the transgender lobby and crickets chirping on the side of female athletes, it’s no wonder that someone like Reeves, whose athlete daughters have forced him to confront the issue up close and personal, feels the country is under siege.

The cost of four years of college – still considered a ‘must’ by many in the US to succeed in life – can be cut back significantly with a sports scholarship, and in any one of those 16 states that permit, there’s nothing stopping a male runner who doesn’t quite have what it takes to beat other men from identifying as a female over summer break. Returning to the playing field pumped full of hormones, nothing will stop ‘her’ (or her parents, or her coach) from setting school records and getting a free ride to Harvard or Princeton. Horrified trans advocates may insist this never happens, but given how many parents push their children to excel in fields they believe will make them desirable college admissions candidates, it would be a surprise if the phenomenon didn’t exist for trans women.

Even for those young people who believe they are truly trapped in the wrong body – a sensation that no doubt causes extreme psychological discomfort – incentivizing transition as the popular culture of 2021 is setting those kids up for a fall. There’s no way to get around the fact that children who’ve gone through puberty as one gender can’t just be ‘reversed’ into their previous state, and the potential long-term side effects of puberty blockers have not been studied extensively enough for doctors to be rushing out to prescribe them to their prepubescent patients – ironically, this would be the only way athletes born boys might have of attaining physical equality with the girls they’d face as college athletes.

But expecting young teens to understand the long-term consequences of their actions is wildly unrealistic and part of the reason the US demands those who wish to buy cigarettes and alcohol or serve in the army are 18 or above. Treating gender transition as something less serious than getting a tattoo or going bar-hopping is unhinged. The love-bombing kids may get online when they ‘come out’ as LGBTQ may be thrilling for a moment, but when it ebbs, teens may be overcome by loneliness or believe they made a mistake.

Parents of transgender kids – often the loudest voices against legislation like Mississippi’s – should keep in mind their own rapidly-cycling feelings as teens and young adults. Too many are trying to live vicariously through their own children, and even those who mean well can easily be caught in the web of a persuasive psychiatrist who insists the only way to save their child’s life is to push them through a transition as soon as possible. Individuals who merely don’t conform to gender norms but otherwise get along fine don’t need an operation – as many as 90 percent will outgrow their gender dysphoria. What they need is to be loved by their parents for who they are, not used as an ideological weapon.