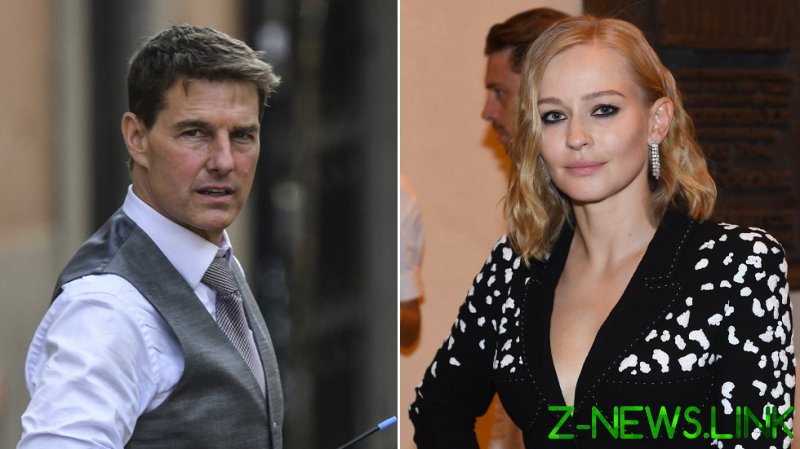 On Thursday, Russian officials announced that a Soyuz rocket would blast off from the Baikonur cosmodrome in Kazakhstan on October 5 this year, carrying an actor and a director to shoot what is hoped will be the first feature film made in outer space.

Yulia Peresild, a 36-year old actress with a long list of credits from both theater acting and the silver screen, was selected by a State Commission to go into space as the lead in the movie entitled ‘Challenge’. Klim Shipenko, a director and playwright who studied at the University of California, will accompany Peresild to oversee the shoot. The rocket will dock with the International Space Station (ISS), where production will begin.

However, the crew will apparently have to race against time to snatch the landmark record. A rival mission crewed by none other than Hollywood superstar Tom Cruise is also planning a flight to the ISS in October to film their own feature-length drama. The ‘Top Gun’ actor’s blast-off is backed by both NASA and SpaceX entrepreneur Elon Musk. Cruise, who will be 59 at the time of the mission, will be hoping it doesn’t prove to be a ‘Mission Impossible’.

Roscosmos, the Russian space agency, has previously launched a search for “a real superhero to go to the stars…at the same time as becoming a big international star.” Peresild, however, has experience playing the role of a hero, starring in the 2015 nail-biter ‘Battle for Sevastopol’ as a young Soviet woman who signs up to fight the Nazis as a Red Army sniper. Her director, Shipenko, is known most recently for filming ‘Salyut 7’, a dramatization of a Soviet mission to rescue a disaster-stricken orbital space station.