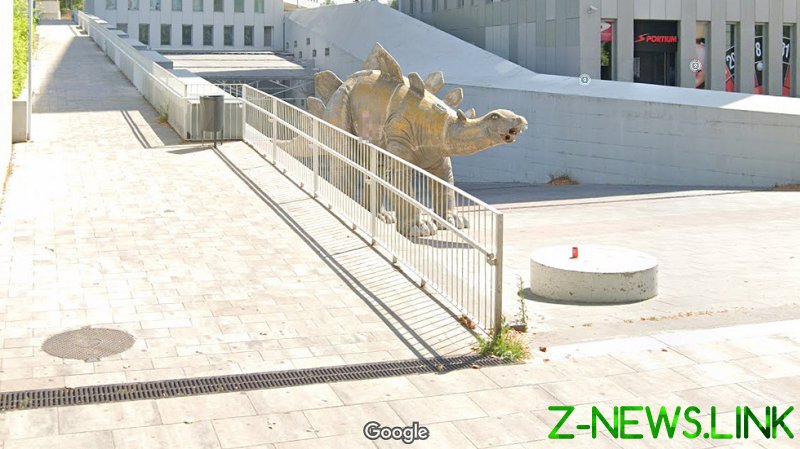 The gruesome discovery was made by a father and son who were playing around the large beat-up dinosaur statue, located in the southeastern Barcelona suburb of Santa Coloma de Gramenet. According to local media reports, the father noticed a foul smell – and saw a dead body through a crack in the statue, immediately notifying the authorities.

Footage from the scene shows firefighters cutting open the prop to retrieve the body. The dead person turned out to be a local 39-year-old man, who had been reported missing by his family.

It remains unclear how the man managed to get inside the statue. The dinosaur prop appears to be quite beat up – missing its lower jaw and having a penis spray-painted on its side – yet it had not had any visible openings large enough to get in before the accident.

The bizarre affair has been acknowledged by the authorities, with the Catalan police telling local RAC1 radio it believed the death to be accidental. The man was found trapped inside one of the statue’s legs face down.

Local media reports suggested the deceased man dropped his mobile phone into the dinosaur and got stuck. It remains unclear how long the man was inside the prop before dying. The body has been sent for an autopsy to determine the cause of death.