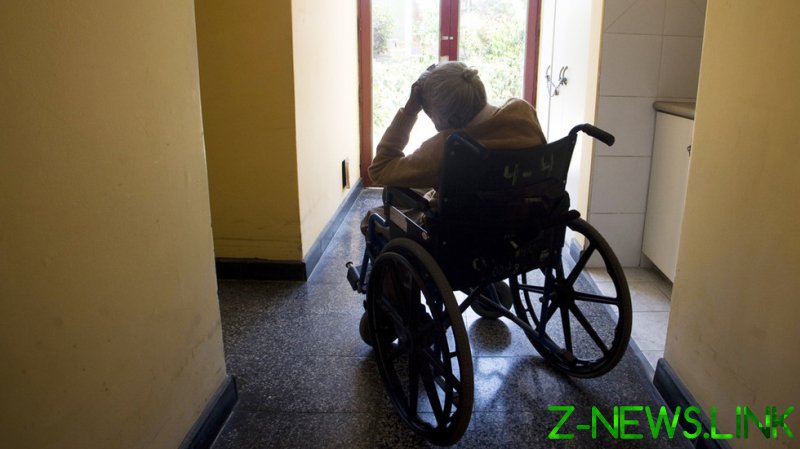 Two aides at the Johnson Memorial Hospital and Home in the small town of Dawson, who are said to be around 17 years old, allegedly abused one of the female residents, the local Fox channel reported on Saturday.

One evening back in May, the girls danced in “a sexually provocative manner” in front of the elderly woman with dementia, who sat on a couch in a lounge, according to the now-revealed report from the Minnesota Department of Health (MDH).

Caught on a surveillance camera at the facility, one of the teens was seen “twerking” in front of the vulnerable resident, while also “exposing her lower back” to the elderly woman. One of them also pulled up her shirt above her bra in front of the resident, and kissed the woman on the lips, police and MDH reports stated. During the act that lasted for about half an hour, the girls used a toy gun to shoot foam balls at the woman, and sat and bounced on her lap while filming themselves and the resident with a cell phone and laughing “boisterously.”

The nursing home management said they immediately reported the incident to law enforcement, regulatory agencies and the resident’s family.

The nursing home workers “treated the resident in a manner which a reasonable person would find derogatory, humiliating or harassing,” the MDH report concluded, stating that “emotional abuse was substantiated.” They were fired two days after the incident, and the elderly woman has since died from unrelated causes.

The teenagers are now charged as juveniles with abusing a vulnerable adult, a gross misdemeanor, a local assistant attorney told Fox9, adding that “this whole episode has been devastating for the family.” One of the girls appeared in court last week, admitting to the incident, but not feeling remorseful, the official told the channel, saying that the teens will most likely get probation and be ordered to perform community service.