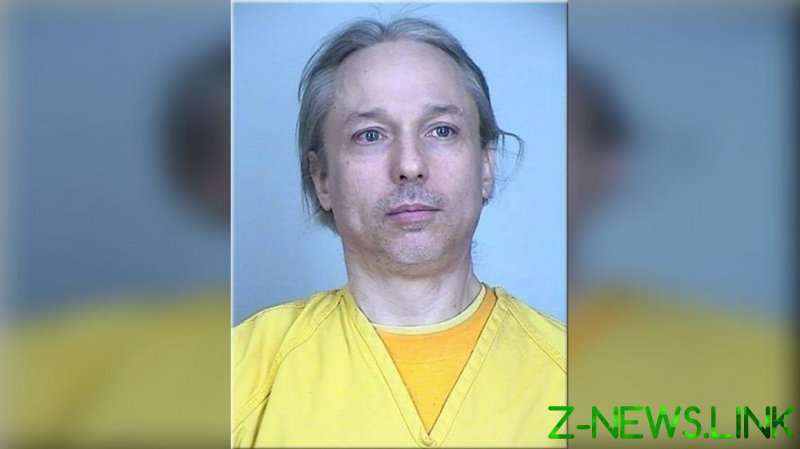 According to court documents seen by local media outlets, Emily Claire Hari – the founder of the right-wing group ‘White Rabbits’ that bombed the Dar Al-Farooq Islamic Center in the state – has claimed that she had been suffering from an “inner conflict” at the time.

Previously known as Michael Hari, the 50-year-old claimed this conflict stemmed from a “combination of gender dysphoria and right-wing misinformation,” including online anti-Muslim content, according to the Minneapolis Star Tribune. Hari’s lawyer has asked a federal judge to impose the minimum 30-year prison sentence instead of a life term.

Last December, a federal grand jury found Hari guilty of five charges relating to the August 2017 bombing – ranging from damaging religious property and obstructing religious beliefs to possessing an unregistered destructive device and intending to use it in a violent crime.

In the court documents, Hari’s lawyer had reportedly written that her client had been living a “double life” and even planned to undergo a sex reassignment surgery in Bangkok. The Tribune reported that Hari has asked for her transgender identity to be legally recognized.

She strongly desired to make a full transition but knew she would be ostracized from everyone and everything.

Instead, lawyers note, “she formed a ragtag group of freedom fighters or militiamen and spoke of missions to Cuba and Venezuela.”

In the recent court filing, the lawyer claimed that Hari “secretly looked up ‘sex change’, ‘transgender surgery’, and ‘post-op transgender’ on the internet.” She also apparently bought “dresses and female clothing” for her trip while also purchasing “military fatigues for [the group’s] missions.”

According to the US Attorney’s Office for the District of Minnesota, Hari formed the White Rabbits in the summer of 2017 and recruited co-defendants Michael McWhorter and Joe Morris. Equipped with paramilitary gear and assault rifles, the trio drove from Illinois to bomb the out-of-state mosque.

Prosecutors said Morris broke the window of the mosque imam’s office and threw in a plastic container with a mixture of diesel fuel and gasoline while McWhorter lit the fuse on a 20-pound black powder pipe bomb and threw it through the window. Both men were said to be acting on orders from Hari, who waited in a  truck.

Although several worshipers were in the mosque for morning prayers when the bomb exploded, there were no reported casualties despite extensive fire damage. Former Minnesota governor Mark Dayton denounced the attack as “an act of terrorism” – a charge repeated by prosecutors in the case.

Later, Morris and McWhorter pleaded guilty to their roles in the bombing and were considered key witnesses to Hari’s trial. Her sentencing is scheduled for September 13.

Although prosecutors said Hari had targeted the mosque to terrorize Muslims into leaving the country, her lawyer has argued that she is a misunderstood “pacifist”  and “not a ‘white nationalist’, a ‘neo-Nazi’, a ‘skinhead’,” or a member of other right-wing entities. Hari continues to deny taking part in the bombing.

Instead, the lawyer said, Hari was a “complex human being” who was influenced by “degrading, anti-Muslim, and Islamophobic rhetoric and misinformation.”