Home / WORLD / Mimicking an accent can be unfunny, even offensive, but it doesn’t have the cultural baggage of blackface

Mimicking an accent can be unfunny, even offensive, but it doesn’t have the cultural baggage of blackface 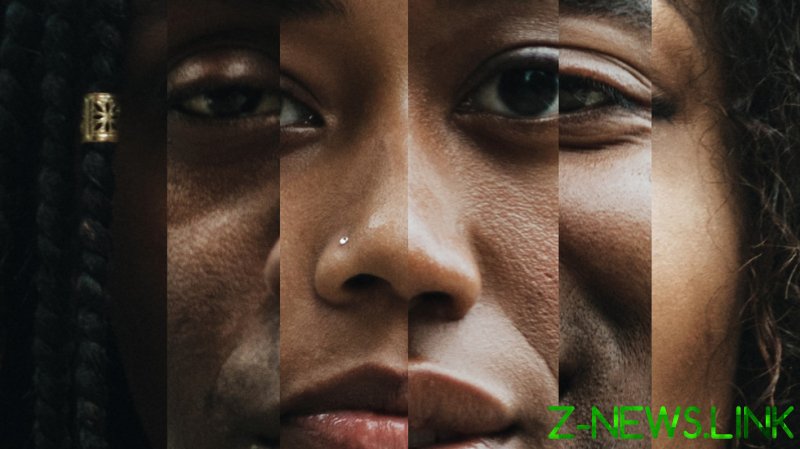 Recently, while in a barbershop in Ladbroke Grove, West London I picked up on some ‘bants’ between a customer and a member of staff concerning an unpaid debt.

The customer, a young, agitated fellow, claimed he was unable to pay up as he’d been stiffed over his wages that week by his employer, who had fobbed him off with a ‘cheque’s in the post’ excuse or t’other. “That old chestnut,” I remarked to my barber, who was zeroing in on the last remnants of hair on my newly shaved bonce. The barber chuckled, and in a part ‘Jafaican’, part Mockney accent replied, “That old chestnut? You’re a proper Cockney, aintcha?”

While the “chestnut” quip isn’t a particularly East End expression, and it’s certainly not Cockney rhyming slang – I should know, being born “within the sound of Bow Bells” –  what my barber picked up on, and felt comfortable to mock, was my accent, discernible as it is from the mumble rap that is modern London patois.

Despite being born in the East End, having spent much of my life wading through the murky waters of London’s so-called ‘metropolitan media elite’ and plying my trade across the world, one of the many accents I’ve acquired over the years is a sort of pseudo-mid-Atlantic ‘generic middle-class bloke’ twang. It’s a sort of everyman fallback staple that sounds urbane, but not pretentious, clear but not clipped, yet retains enough of a London motif to let the real me shine through. Hmmm.

To old Cockney mates, some of whom I’ve known for nearly 50 years, ever since I crossed the tracks I’ve sounded “posh,” even though my inclination is to sound like Danny Dyer on acid when we’re out on the lash. My more bourgie muckers, on the other hand, and indeed those from the West Indian diaspora, often twig me as being more authentically London than I care to think. In truth, I probably get through four or five accent variations in a day depending on who I’m communicating with, and am concerned about being judged or bantered by.

Accents are a sort of sonic tattoo, aural inkwork that animatedly marks out your identity; and depending on the complexity of image created by one’s cadence, listeners can tell how far, and along what manner of path you’ve travelled to get to the you now in front of them.

This is what people who criticise those of us who play the accent game don’t get. Given the fluidity of modern personal identity, and the degree to which one’s accent plays a huge role in forming and communicating identity, in their own way, accents are as non-binary as anything else in the cultural marketplace right now. Accents are constantly evolving. What remains of the old-school Cockney accent today is markedly different from its post-war version. Estuary English is another relatively new accent, as are London and regional patois, which aren’t just a mishmash of slang words and expressions – they carry with them an accent that parrots the Caribbean, African, Asian and indigenous dialects of the British Isles in a whole new manner.

From Shakespeare onwards, wordsmithery has been one of the more redeeming features of these shores, thanks to the eclectic nature of the English language, its massive vocabulary and its linguistic complexity. But it’s not just the imagination, invention and playfulness of what Brits say that makes our use, and yes, abuse of English so dynamic, it’s how we say it that’s been key to the dominance of the language. Pop songs, written and performed in English, for instance, wouldn’t have the pre-eminence they do were it not for the language’s ability to bend, shape and mould itself to fit any context through accent and cadence.

It’s this elasticity that linguist Dr Rob Drummond from Manchester Met University seemed to lose sight of when he found himself caught in a ‘race storm,’ having suggested on Good Morning Britain, that seat of academic learning, that mimicking a foreign accent is as offensive as using blackface. As someone who grew up in the ’70s and ’80s bombarded with godawful Jim Davidson ‘Chalky White’ pseudo-Jamaican impersonations and cringeworthy “Katanga” African stereotypes courtesy of Lenny Henry, I’m all too familiar with the mockery in Britain that has surrounded ‘ethnic’ accents.

Previously, Peter Sellers’ brownface character, Hrundi V. Bakshi in the 1968 movie ‘The Party’ and Spike Milligan’s 1969 blacked up Pakistani Irishman Kevin O’Grady in the short-lived ITV series ‘Curry and Chips’ not only took visual minstrelsy to a new low, but the outrageous accents these stars produced laid the foundation for “bat-bat, ding-ding” ridiculing of Indian accents that has persisted up until recently in mainstream TV shows such as ‘The Simpsons’. Even more troubling, for detractors of the politics of accents, is that this remains a staple piss-take on the streets of Britain.

Arguing that the use of such hackneyed accents for comedic effect in sitcoms like ‘Fawlty Towers,’ in which English actor Andrew Sachs famously played a hapless Spanish waiter named Manuel, promotes “lazy stereotypes” that can be “pretty damaging,” Mr Drummond, again, is onto something, in that millions of Britons take their cues from mainstream media and, if channels are still running shows with problematic yet still highly popular stereotypes, is it any wonder that fans of said shows ape these characters at work, down the pub or at home?

But this is where it gets complicated. While shaking down suspect TV shows is one thing (I still find it hard to believe that ‘Mind Your Language,’ a sitcom predicated on racial stereotypes and cartoon accents, ever got commissioned), Mr Drummond and the thought police have got their work cut out if they think the average Brit is going to give up his “G’day” Aussie accent, his “Top o’ the mornin’” Irish cliché or his “Is it cos I is black?” Ali G rip-off any time soon.

Dodgy accents, and the easy, pervasive way people mimic others just for cheap laughs, simply don’t have the same cultural baggage and artifice as blackface. People should be able to police themselves when it comes to common, everyday language without academics making spurious links between social phenomena that rachet up, not temper, people’s concerns about public decency, freedom of speech and above all, individual social responsibility.

For most people, having a back pocket of bad, ill-conceived and barely legible ‘foreign’ accents is about as close to being Steve Coogan as they’ll ever get. Most of the time this amateur-hour tomfoolery, like the closed WhatsApp groups that have taken private jokes into truly private dark social networks, is hermetically sealed from the wider public. Yes, such jolly japes can spill over into the wider world and rankle, as my children often remind me when, I’ll freely admit, my Bajan accent starts to sound more West Country than West Indian – and the rest of the supermarket checkout isn’t impressed.

But am I about to get woke over my barber ‘othering’ me as a black cockney? Hell no. The way I see it is he’s got a ‘cultural copyright’ in that situation because we have enough cultural understanding, and contextual savvy, to know it’s genuine bants. Likewise, if a female buddy takes exception to me doing an Essex girl impersonation while out having a jar, I’ll happily STFU and move on.

Much is being made these days about the phoney ‘cultural war’ notching up a disproportionate level of comedic collateral damage. Received wisdom is, if you can’t cock a snook and have a laugh at any aspect of society, then what sort of society are you living in? Yes, accents can be stale, corny, and offensive for no good reason; but so can comedy, period. My rule of thumb is always to consider the audience or read the room before opening your trap. That way you’ll always get the tone, and the accent, right.