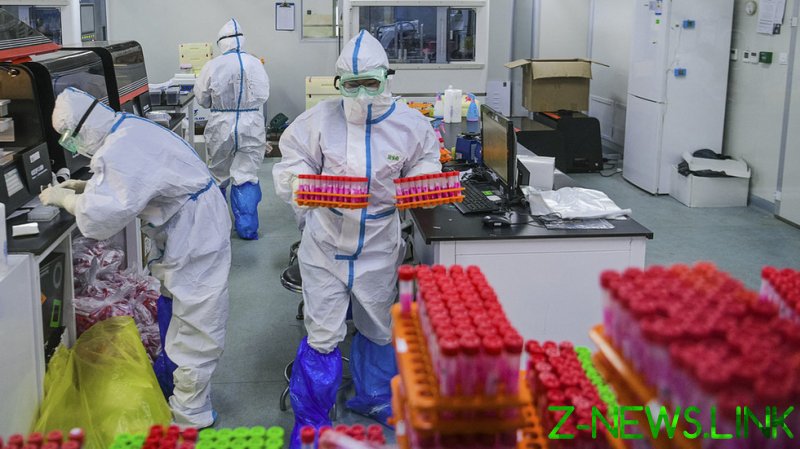 All residents in Tianjin, China have been advised to not leave their homes until they receive a negative result in the latest city-wide testing for Covid. The decision comes after 20 cases were detected.

China’s ‘zero tolerance’ approach to Covid-19 is now being applied in the northern city of Tianjin, which borders Beijing. On Sunday, its entire population of nearly 14 million was told to stay home while the authorities conduct mass testing for the virus.

Until a ‘green health code’ (for negative tests) is received, no one is allowed to travel or go about their daily routine. The code is used on Covid-tracing smartphone apps, which is required in many places, as well as public transportation. The government said it aims to test all residents within a couple of days.

Dozens of residential communities were sealed off on Saturday evening, and the entire city became a new area of concern after two cases were detected. The cases were caused by the Omicron variant and the patients had mild symptoms, state media reported on Sunday.

The first two confirmed patients are a 10-year-old girl and a woman who works in childcare. A cluster of 18 more people, mainly children from 8 to 13 years old, was then detected. Nearly 800 potential contacts tested negative.

At the moment, over 14 million people in two other Chinese cities, Xian and Yuzhou, are under lockdown. China’s coronavirus situation is attracting a lot of media attention as the country prepares to host the Winter Olympics in less than a month.