Home / WORLD / Millions of Europeans will receive Russian gas through Nord Stream 2 ‘in near future,’ Moscow says, calling for end to ‘obstacles’

Millions of Europeans will receive Russian gas through Nord Stream 2 ‘in near future,’ Moscow says, calling for end to ‘obstacles’ 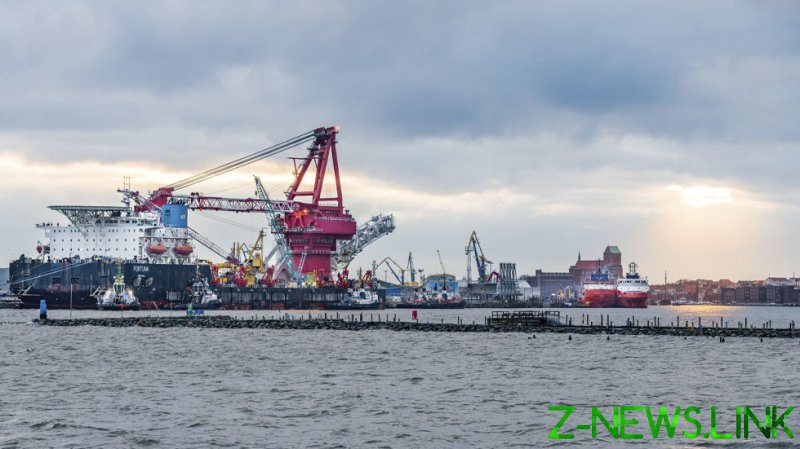 In a statement posted to her Telegram channel on Friday, Foreign Ministry Spokeswoman Maria Zakharova said that the timing was now being decided by regulators in Germany, where the underwater link terminates. “We expect that millions of European consumers in the near future will be able to receive Russian gas along the shortest, most economical and environmentally friendly route,” she said.

According to her, a campaign of sanctions put in place by Washington, designed to sink the European infrastructure project, have now failed. “It’s time to stop creating obstacles to this important project. It’s time to agree on reasonable, mutually beneficial parameters for the operation of the pipeline,” the diplomat added.

At the same time, Kremlin Press Secretary Dmitry Peskov told reporters that there was a sense of urgency underpinning the final preparations to put Nord Stream 2 into service. “Prices for gas are really shooting up,” he said, “and so, gas is needed… when it is launched, both the suppliers of energy resources and their consumers, that is, everyone, will be a winner.” Peskov also rejected claims the Kremlin was planning to use the underwater pipeline to circumvent Ukraine and cut back on the billions of dollars paid to Kiev for gas transit through its territory, saying this is purely a commercial decision for state energy giant Gazprom.

In a statement released on Friday, the Chairman the Saint Petersburg-based company, Alexey Miller, said that “at 8.45am this morning Moscow time, work on the Nord Stream 2 pipeline has been completed.” The final segment of pipe, labelled number 200,858, has been welded into place, the firm said in a statement.

The US had imposed a series of sanctions on the project since its conception, arguing that it poses a threat to both European energy markets and to American “national security.” However, Russia insists the pipeline is a vital step to secure energy supplies across the continent and to deliver savings to consumers and businesses.