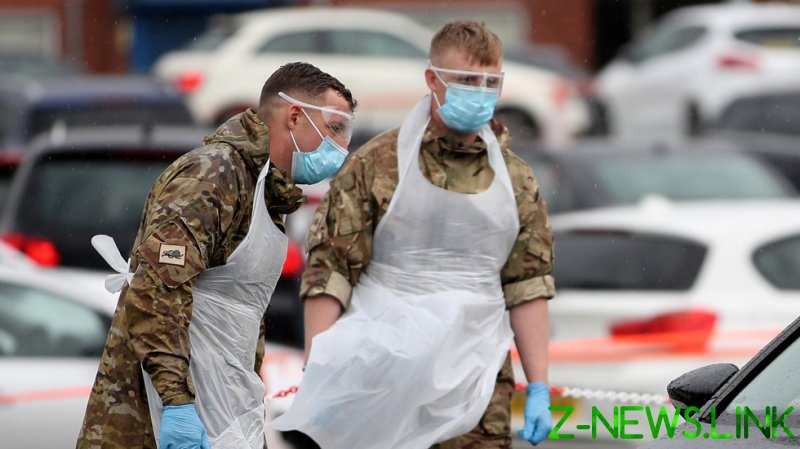 Speaking at a virtual Conservative Party conference about the pandemic, Hancock said the “armed services” and the contact-tracing app NHS will both be implemented in deciding how to distribute a potential vaccine “according to clinical need.”

“We have set out the order in which people will get it, we have set that out in draft pending the final clinical data,” he said, adding the contract tracing app has received 15 million downloads since being launched last month.

Critics had already been wary of the military’s involvement in the distribution of a vaccine as there have been multiple calls for making it mandatory and possibly penalizing those who opt out of getting inoculated.

British Conservative MP Tobias Ellwood argued last month the military should distribute the vaccine and hand out certificates to those inoculated to later allow for international travel. He also recommended a “national database” tracking those vaccinated and those not.

Others in the medical field have also called for mandating the vaccine or issuing certificates, including Dr. Anthony Fauci in the US, that people would carry as “immunity cards” to prove they are inoculated against the virus.

Hancock made no mention of a potential vaccine being mandatory though, and Britain’s vaccine task force chair, Kate Bingham admitted to the Financial Times on Sunday that vaccinating everyone in the UK is “not going to happen.”

“There’s going to be no vaccination of people under 18. It’s an adult-only vaccine, for people over 50, focusing on health workers and care home workers and the vulnerable,” she said.

There is no solid time table for when a vaccine will be available, but Prime Minister Boris Johnson told BBC on Sunday that the coronavirus situation will look “radically different” by spring of next year, though he warned the country is in for a “bumpy” road through Christmas.

“It may even be bumpy beyond,” he said.