Military first-person showed the liberation of the city from Islamists. Video 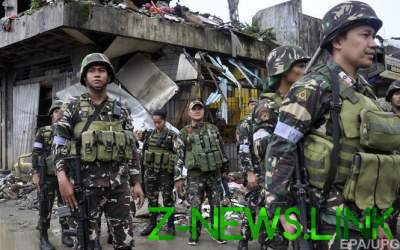 During the fighting killed 165 security forces and 50 civilians.

The Philippine military said the liberation of Marawi city in the South of the country from the militants of the Abu Sayyaf terrorist organization Islamic state.

This is with reference to the Minister of defense of a Dolphin Lorenzana reports DW.

“In Marawi are no more militants. We announce the end of all hostilities in Marawi”, – he said.

As noted, in the damaged buildings in the area of operations were found the bodies of 42 of the Islamists.

During the fighting was destroyed 919 terrorists.

In addition, as a result of fighting killed 165 military and police, and 50 civilians.