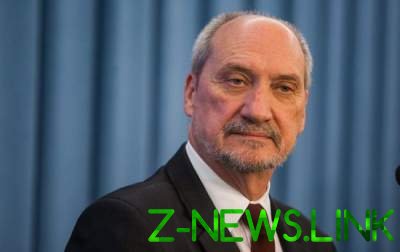 The Minister of defence of Poland believes “the West-2017” a real threat.

Russian-Belarusian military exercises “Zapad-2017” are for Poland as a threat, despite the fact that trying to explain the Russians.

This was stated by the Minister of defence of Poland Anthony Macierewicz.

According to him, the first time these teachings “are so aggressive.”

He noted that they are incomparably more soldiers than allowed by the Vienna Convention and the claim of this the Russians themselves, talking about 12.5 thousand people.

“According to information which reaches us, the mobilization for this exercise covers nearly 100 thousand”, – said the Minister of defence of Poland.

According to the Polish Minister, also concerns that some of those troops will remain in Belarus and significantly changing the balance of forces on NATO’s Eastern flank.

“That’s why we see these teachings as a real danger,” he added.