Home / WORLD / Military base in Washington, DC on lockdown after reports of ‘potential armed individual’ on site

Military base in Washington, DC on lockdown after reports of ‘potential armed individual’ on site 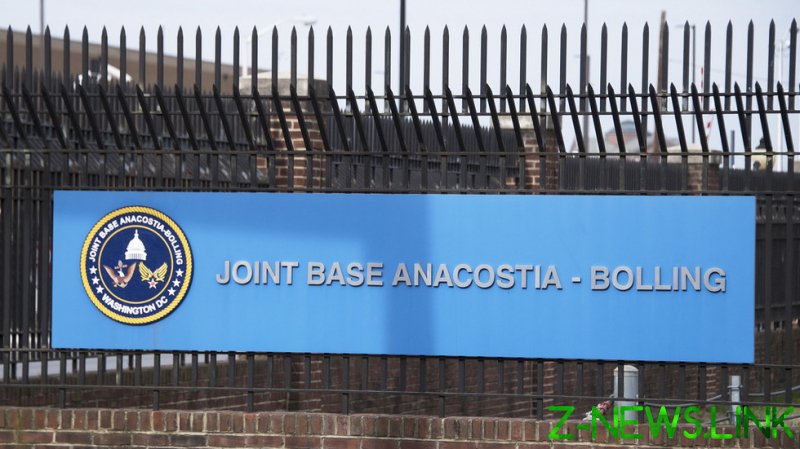 The initial post described the “potential armed individual” on base as a “black male with a medium build carrying a Gucci bag.” Anyone encountering the individual was advised to run, or hide if they lacked a suitable escape route. Anyone hiding was asked to “prepare to FIGHT.”

In a subsequent update, the base’s Facebook page asked personnel to “be on the lookout for two individuals,” both black males. However, that number was shortly revised back down to one, a man with dreadlocks possibly carrying a bag. No further information was given regarding whether he was armed or not.

Local reporter Megan Cloherty claimed that multiple sources heard “sounds of gunfire” near the base. The gunfire was unlikely a false alarm, as the last time the base ran an active shooter drill, this February, staff tipped off locals well in advance about the noise.

Situated adjacent to the base, the US Naval Research Laboratory has also been placed on lockdown, with staff there instructed to “remain in place.”

Located along the banks of the Potomac river in southeast Washington DC, Joint Base Anacostia-Bolling houses the headquarters of the Defense Intelligence Agency (DIA) and the White House Communications Agency, the latter of which is tasked with securing the president’s communications channels.