“Military aircraft of the future”: United States boasted test of a tiltrotor. Video 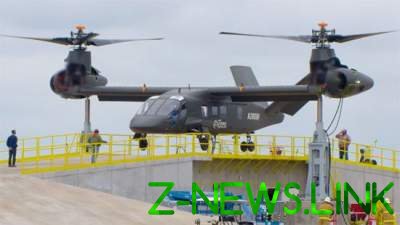 It has all the advantages over planes and helicopters.

The United States conducted ground testing of tiltrotor S-280 Valor. The first flight test is assigned will be held in October 2017, the Tiltrotor can become one of the primary vehicles the U.S. air force.

The US is now actively developing vehicles for transporting troops over long distances. The tiltrotor has a greater range than a helicopter. He has the advantage before the aircraft capability of vertical takeoff and landing.

The draft tiltrotor developed by Bell Helicopter. The planned flight range of 1500 km, speed about 500 km/h.

Earlier it was reported that the U.S. modernize the B-52 bombers so that they could remain in service until 2040