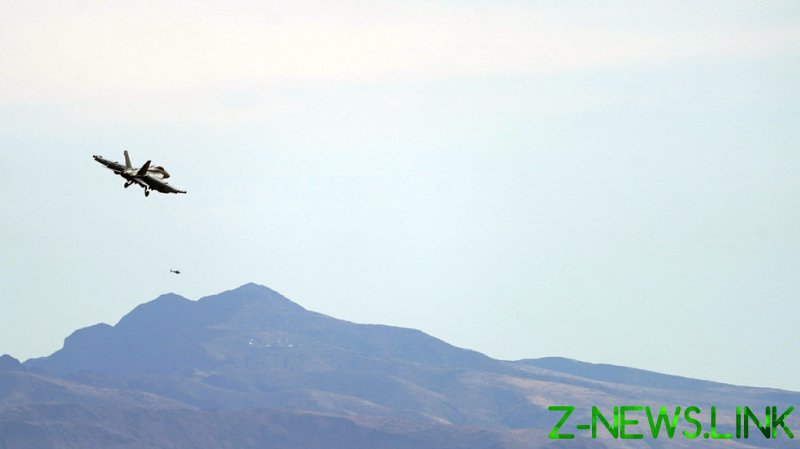 Local reports have described one of the pilots as being in a critical condition, while the other has sustained “serious injuries.” At a press conference, Lake Worth Police Chief JT Manoushagian confirmed that both pilots are being treated for injuries sustained from the crash. When police arrived on the scene, they found one pilot had his parachute caught in power lines, while the other had ended up in a different neighborhood.

The plane itself landed in a backyard in a neighborhood in the 4000 blocks of Tejas and Dakota trails. There were no injuries sustained by residents on the ground, though three homes reportedly took heavy damage from the crash. Footage has been posted to social media by witnesses, showing smoke from the crash billowing into the sky.

The aircraft has been described as a training jet, though the model was not revealed. The neighborhood, along with multiple other areas, is used by the military in the region for training missions, and first responders have regularly trained for a ‘downed military aircraft’ situation, though police said one had not happened before, to their knowledge.

The area where the crash took place is being evacuated, and neighborhoods within a two to three block radius can expect power outages for the next two to three days, according to officials, due to the power line damage.

Representatives from the Navy and Air Force are on site and investigating the crash, and the exact training mission details are not yet known. Residents in the area who find debris have been informed not to touch anything, especially the ejection seats as they could contain “unexpected ordnance,” according to Sunday’s press conference.