Military aircraft carrying at least 85 passengers crashes in the Philippines 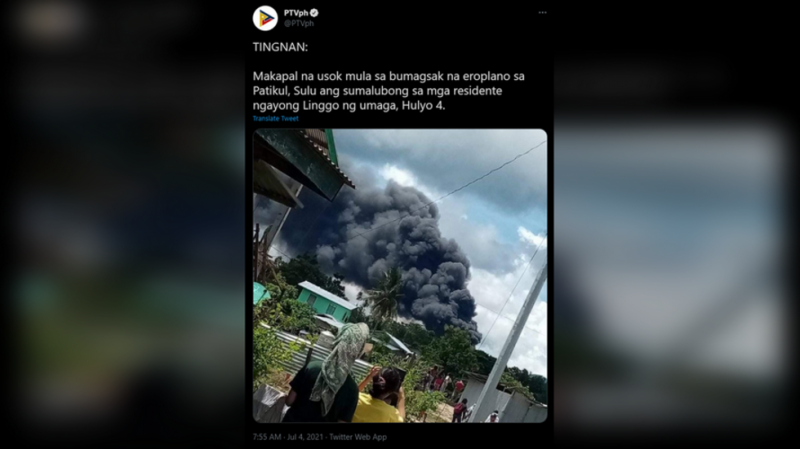 Philippines military chief Cirilito Sobejana confirmed that a C-130 transport plane had crashed in Jolo, the province’s capital. The plane, which was transporting troops at the time of the accident, missed the runway while landing and crashed into a nearby village, Sobejana explained.

At least 40 people have been rescued so far. Military and civilian firefighters are currently working to put out a fire that has reportedly engulfed much of the aircraft.

Reports citing the military said that at least 85 passengers were aboard the aircraft. A photograph purportedly taken near the crash site shows a large billow of smoke rising up into the sky.