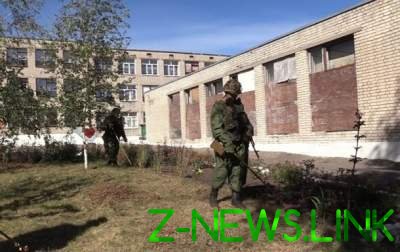 One of the attacks occurred on the morning of March 21, when students were already in school, informs the Ukrainian side of the JCCC.

The Ukrainian side of the JCCC said that the separatists fired on two schools in the occupied Donetsk. On Monday, March 25 on the social network Facebook reported the press center of the OOS.

It is noted that, according to the report of SMM OSCE on 23 March, 2019, in the neighborhood Trudovskoy Petrovsky district of Donetsk city on the street of Samara representatives of the mission recorded damage to the school building.

“It’s a 15-cm hole at the height of 30 cm from the ground. According to the OSCE patrol damage caused by fire from a heavy machine gun”, – stated in the message.

As reported, in the attempt of the SMM patrol to find out circumstances of incident, separatists intimidated by the school staff refused to answer any questions.

See also:  The situation in the zone ATO: militants 23 times violated the truce

It is noted that this scheme shows that APU can in no way be involved in damage to school on the grounds that the nearest positions of Ukrainian servicemen is not less than 3450 meters, which is an unattainable goal for firing the machine gun, and also that the school is located within a residential neighborhood and surrounded on all sides by houses.

“Given the fact that the damage is located at a height of 30 inches from the ground, a bullet would not be able to get around all these houses,” – said in the message.

In the second case, at prospect School, 13 in the settlement Golmovsky (outside government control) team of the OSCE mission saw 1-inch hole and some cracks in the second floor window on the North side of the school. Moreover, as reported, school personnel were forbidden to let the observer mission inside the institution for inspection of the damage and to communicate on this issue. School staff reported only that the injury resulted from being hit by a bullet on the evening of March 20.

See also:  The Russian came out of the bathroom, found under the tree a stranger

“This confirms that the Armed forces of Ukraine can not be involved in the shot at the school, given that the distance to the actual line of contact and, accordingly, finds nearest position of the Ukrainian military is more than 2200 m. in addition, the school building is located inside the dense residential area of apartment buildings. Moreover, the elevation profile in the direction of the Ukrainian positions is closed, i.e. forms a barrier to prevent fire from small arms”, – reported in the SCCC. 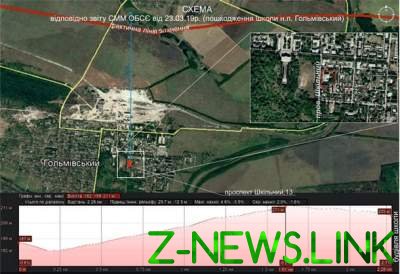 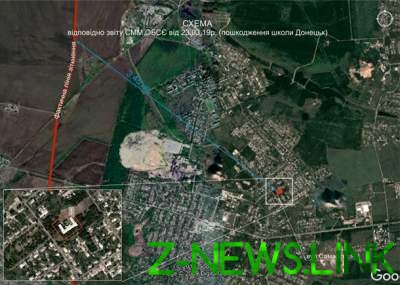