Militants in the Donbas are trying to occupy the “gray area” 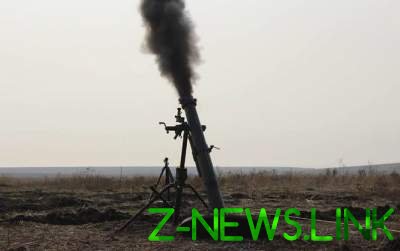 The serviceman of Armed Forces of Ukraine noted that during the night was very restless.

Near the village of Shirokino in Eastern Ukraine, terrorists continue provocations and trying to occupy the “grey area”.

“About the truce, and the dilution of forces and demilitarization of the village Shirokino can only dream about. The enemy regularly feel the strength of the Ukrainian soldiers, regularly firing on our positions from heavy machine guns”, – stated in the message.

The serviceman of Armed Forces of Ukraine Vadim said that the last night was very restless.

See also:  The inhabitants of the occupied Donbass urging militants to lay down arms

At night, the enemy hit with mortars 82-caliber. Beat very well, but fortunately without loss. We are constantly monitoring the situation on provocation are not conducted. In recent years the situation went on worsening. The militants are trying prokopakis and take the so-called “grey area” to sneak up closer to us. If previously the distance between us was far more, now is 500-600 metres,
he said Shirokino.

Vadim works as a medical instructor in the division. Says that by winter, the guys have prepared well. Ammunition, firewood and medicines missing.

A soldier named Nicholas keeps the defense under Shirokino for several months. The man said that the militants are quite brazen lately. But the truce openly despise.

They constantly violate all the truce and Minsk agreement. We’ve got fly and LNG, mines us lies, is the firing of large caliber “Behi” or “Flak”. And the shots do not cease around the clock. Separable previously beaten at night because during the day he worked for the OSCE. And now you can day to shoot. So Obseshniki to us no longer go – it is dangerous, – said Nikolai.