Militants in the Donbas are preparing sabotage and armed provocations 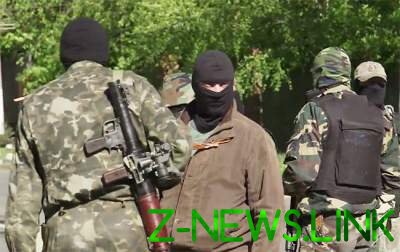 In Donetsk region the Russian occupation troops are preparing sabotage and armed provocations. This reports the press center of staff ATO.

It is reported that the headquarters of the ATO received information about the training of sabotage and armed provocations by the Russian occupation troops in the area of human settlements Dolomite, may, Gladosovo.

“The armed forces of Ukraine are ready to respond adequately. The answer will be tough,” – said in the headquarters.

We will remind, today, on 28 November, the illegal armed groups in certain districts of Donetsk region (ORDO) started to bombard towns and may Gladosovo.

“These actions of the armed forces of ORDO regarded as another provocation to discredit the Ukrainian armed forces units in the ATO and prevent observers special monitoring mission of the OSCE and representatives of the UN mission, which planned to monitor the humanitarian situation and the situation of violations by militants of the ORDO modes of “Silence” in these settlements”, – stated in the headquarters of the ATO.