Home / business / Militants in the Donbas are hostages in ten women

Militants in the Donbas are hostages in ten women 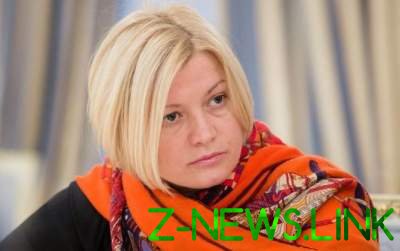 Gerashchenko said about the necessity of women’s liberation.

In the occupied territories of Donetsk and Lugansk regions the militants hostages are ten women, said Vice-speaker of Parliament and a representative of Ukraine in Minsk Irina Gerashchenko.

“Among these 158 Ukrainians, who hold that there are ten women,” she told reporters in Kiev.

Gerashchenko stressed that women should be freed from captivity in the first place.

See also:  In the Nizhny Novgorod region the woman killed a man for refusing to live together

Earlier in the SBU said that the Ukrainian side is ready to exchange prisoners by the formula “all for all”.

During a meeting with the representative of Ukraine in the humanitarian sub-group of the Trilateral contact group Viktor Medvedchuk, Russian President Vladimir Putin announced the first direct talks with the leaders of the so-called “LNR” and “DNR” about the proposal on the exchange of prisoners.

See also:  Russia used in the Donbas your most powerful tank T-90. Video

Medvedchuk said that Ukraine is ready to release the 306 people and expects to release 74.

The last exchange of prisoners took place in 2016.