Militants “DNR” ready to counter the introduction of Donbass peacekeepers 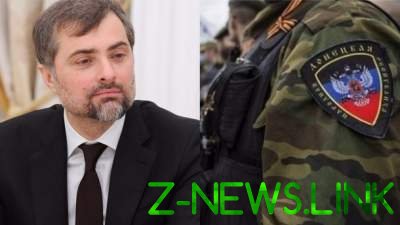 Militants “DNR” carry out preparations for countering a possible introduction on the occupied territory of Donbass peacekeepers under the auspices of international organizations – the UN or the OSCE.

About this on his page in Facebook wrote MP of Ukraine and head of group “Information resistance” Dmitry Tymchuk.

Recall President of Ukraine Petro Poroshenko intends to present the idea of introduction of peacekeepers in Donbass at the session of the UN General Assembly in new York, which is scheduled for September. To this the Russian foreign Ministry said that such actions are an attempt to evade the obligations on implementation of the Minsk agreements.

In the course of the events worked through the simulation “civil resistance” — lock movements of the equipment of the peacekeeping force, mass “peaceful protest” in areas of deployment of peacekeepers and so on, — stated in the message.

According to Tymchuk, the first matching event, which was attended by about 2 thousand people, was held on 23 July in the proletarian district of Donetsk (street Large Trunk).

It is noted that such training can be arranged directly by the staff of FSB of Russia in the “MGB DNR”. In addition, the FSB uses for “mobilization” of the local population of Roman Troshin. He is a European and world champion in kickboxing, the head of “public organisation” “Association of martial arts of Donbass”.