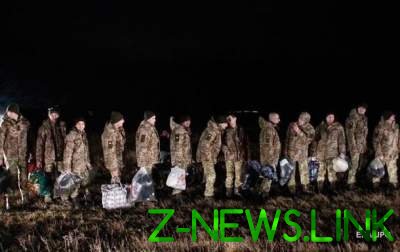 Many of the “missing persons” can be held in the Russian Federation.

Ukrainian prisoners illegally held on the territory ORDO that are shipped to Russia. This was stated by the head of the SBU Basil Gritsak.

He noted that many of those considered missing could be in Russia. It is as civil and Ukrainian servicemen.

Also Hrytsak said that the Ukrainian special services detained the separatist while attempting to cross the line of collision in the Donbass.

“This man was directly involved in the retention and torture of prisoners, armed assault on government buildings in Doljanski, including border detachment, escorting according to instructions of the curators of prisoners of war of the Armed forces of Ukraine on the territory of the Russian Federation”, – said V. Hrytsak.

The head of SBU emphasized that, according to official data, in Russia there are 10 citizens of Ukraine, illegally detained or sentenced.

However, he noted: “We suspect that many of these 402’s, which we believe to be missing, can be on the territory of the Russian Federation, or, as they say, the “Union republics”.

Hrytsak expressed hope that the detained separatist will tell you SBU something about it.