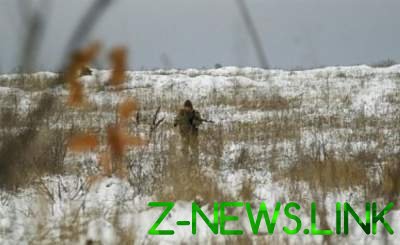 The Russians in SCCC and the terrorists regarded the finding of the deceased as a preparation for “the next provocation”.

The Russian side of the Joint center for control and coordination (JCCC) and the militants of the DNR terrorist organization intentionally block search and evacuation of bodies of the deceased in the Donbass citizen of Ukraine, ignoring the norms of international humanitarian law. Corresponding message of the Ukrainian side of the JCCC published in Facebook press-center of staff ATO.

“The Russian side SCCC and ORDO refused to provide security guarantees with the introduction of the mode “silence” for conducting works on search and rescue of the body of the deceased citizen of Ukraine near settlements of Kodema, Golmovsky, Gladosovo and Travneve Donetsk region”, – stated in the message.

It is noted that the representatives of the Russian Federation to the JCCC and the terrorists regarded the search and evacuation of bodies of the deceased as a preparation for “the next attempt of provocation by the APU”.

“The Ukrainian side of the JCCC once again urged the Russian side to take all possible measures to reconcile with the leadership of the ORDO relevant written security assurances in these areas”, – stated in the message.

In SCCC did not specify whether the dead Ukrainian serviceman of the armed forces.