Militant leftists have become the establishment 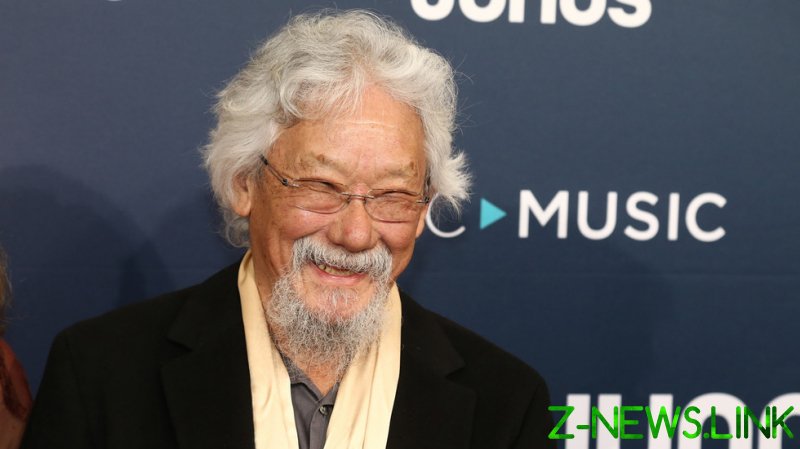 Is there ever going to be a time when the left will stop pretending that it doesn’t completely dominate the North American and Western establishment, and admit that its policies aren’t now totally mainstream?

Speaking last week at an environmental protest on Vancouver Island in the capital city of Canada’s westernmost — and arguably most environmentally active — province British Columbia, legendary long-time environmental fixture and Extinction Rebellion movement organizer, David Suzuki, addressed the assembled disciples. “We’re in deep, deep doo-doo,” Suzuki said. “This is what we’re come to. The next stage after this, there are going to be pipelines blown up if our leaders don’t pay attention to what’s going on.”

Oh, wow. How badass! How edgy! How absolutely worthy of a no-knock visit from the Canadian authorities, if such language were ever to escape from the mouth of someone associated with the political right.

You’re literally standing in a province that’s currently governed by the leftist New Democratic Party. Why not just book an appointment at your comrades’ offices instead of pretending to pose some kind of threat to their agenda?

The Extinction Rebellion movement describes itself as “a decentralised, international and politically non-partisan movement using non-violent direct action and civil disobedience to persuade governments to act justly on the Climate and Ecological Emergency.” Blowing stuff up sounds like it just might be a slight departure from the stated “non-violent” nature of the mission.

Regardless, Suzuki can shove his tough talk back into his recycled fiber fanny-pack. He’s really just pushing against an open door. The “no pipeline” crowd is already so dominant within the North American establishment itself that even US President Joe Biden is on board.

Shortly after Biden’s election, he fulfilled his campaign promise to unilaterally kill the Keystone XL pipeline project that represented a cornerstone of North American energy independence, which would have allowed the continent to reduce its reliance on foreign sources, notably in the Middle East.

This reduction in dependence would ultimately make it more difficult to justify foreign intervention in the region, thereby reducing the potential for wars – something that you’d figure someone on the left like Suzuki would support.

So, it’s those of us on the right who are stuck trying to find a way for our countries to become less dependent, more productive, and less interventionist – something that the left used to pride itself on doing. But those days are long gone. The same formerly counterculture leftists have just really morphed into a soft-handed, risk-averse, ‘scared s**tless of just about everything’ movement that talks and acts like the insecure kid in the schoolyard.

Folks like Suzuki, who hails from my hometown of Vancouver, are stymying the efforts of those who seek to reel in the establishment that they claim to be battling, while really just shadowboxing with them.

Incidentally, how do leftists figure that they’re going to be able to be kept in the manner to which they’ve become accustomed if the economy can’t support their ambitions? The anti-establishment right is butting heads with these activists who fail to link their opposition to basic infrastructure — under the pretext that it causes environmental problems at home — to the displacement of such problems to someone else’s backyard over which we (and they) will have even less control. And how exactly does that serve the common man either here or over there?

The left has weakened the democracy and basic freedoms that it once claimed to champion. Those who govern North American countries are all now forced to either bow down to an agenda long promoted by leftist interests on everything from politically correct speech to climate change, or else risk being marginalized. The left IS the establishment now. Even parties on the right have demonstrated decreased tolerance for any narratives or positions that don’t jibe with what was once considered radically leftist barely a few decades ago.

Oh, but there’s no shortage of leftists who will still tell you that true socialism hasn’t yet been tried. Which might explain why they keep pushing for it, even though the further left they push, the worse things seem to get, as their increasingly radicalized rhetoric suggests.

All of the hippy dippy tree-huggers of yesteryear are now in positions of power and cancelling pipelines, and that’s still not enough. Yesterday’s leftist comrades are no longer considered real or radical enough by their brethren, even though they’ve basically upheld their leftist promises while in positions of governance.

These outside leftists seem to be serving to shift the political spectrum even further left than it already has been, due to brainwashing via media and educational institutions that have been pushing leftist talking points over the past few decades. Their tactics have now mass produced the kind of ideological domination in various positions of authority that they relentlessly sought.

So please, spare us the tough guy acts. You’re not fooling anyone except fools. We, on the right, are the anti-establishment counterculture now.