Home / sports / Milevskiy is negotiating with the Bulgarian Champions

Milevskiy is negotiating with the Bulgarian Champions 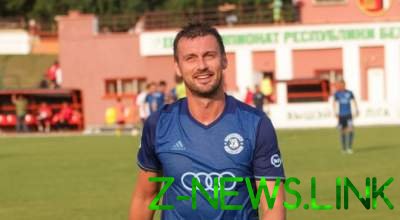 The ex-striker of Kiev “Dynamo” and national team of Ukraine Artem Milevsky can go to the Bulgarian “Ludogorets”.

According to the edition “Top Sports” representatives “Ludogorets” is already associated with Milevskiy and received from 32-year-old striker agreed to move to Bulgaria.

Transfer Milevsky of Brest “Dinamo” in the “Ludogorets” is estimated at 800 thousand euros, which is almost three times more than the actual value of the player on the authoritative portal “Transfermarket”.

In case of transition to “Ludogorets” Milevskiy after a long break to play the main stage of European competitions. Bulgarian club for the tour until the completion of the group stage of the Europa League in second place, ahead of Turkish “Basaksehir” on three points.

In the championship of Bulgaria “Ludogorets” at full speed rushes to a seventh consecutive title. Team Dimitar Dimitrov after 17 rounds on four points ahead of CSKA from Sofia.

Milevsky has attracted the attention of “Ludogorets” successful period in the championship of Belarus. Former striker of Ukraine in 15 matches, scored 5 goals and gave 5 assists.

Note that in the “Ludogorets” has been one of the representative of Ukraine – the former Central defender of FC Karpaty Ihor Plastun in the current season in all competitions played 25 matches and scored one goal.