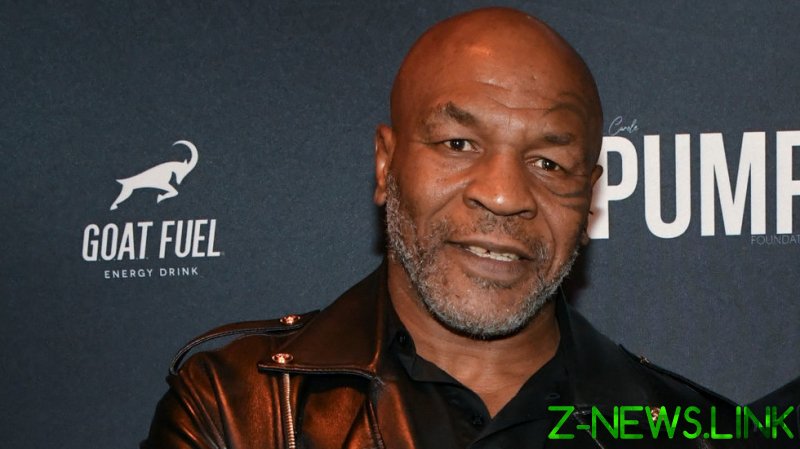 Former heavyweight boxing champion Mike Tyson was apparently unfazed by a man who reportedly challenged him to a fight at a Hollywood comedy club, sitting motionless even as the assailant pulled a gun from his waistband.

A viral video of the encounter shows an unidentified man interrupting the comedy show and standing in front of Tyson, who is seated at a table in the front row. The guy can be heard saying, “I want to upgrade my status. All I need is you. All I need is you.”

Tyson is shown from behind, giving no visible reaction as the challenger speaks to him and gestures. A larger man intervenes, telling the person to leave and pushing him away from the stage. The assailant then pulls out a pistol, at which point the camera turns away and club goers duck under tables.

The video resumes with Tyson still sitting calmly and gesturing for the guy to come toward him. The gun is no longer visible, and the man walks over toward Tyson while asking that he not call the police. The boxing legend gestures with open arms, then stands up to hug the man. After the hug, the man shakes Tyson’s hand and gives a salute before walking away.

The confrontation was first reported by TMZ, which said the incident occurred on Tuesday night at a rooftop bar in Hollywood. Observers marveled over how Tyson kept calm and prevented the situation from escalating.

“Mike didn’t even flinch,” one commenter said. Another said, “If y’all don’t know the life Mike Tyson used to live before boxing saved him, you won’t understand that this was literally nothing to him. He’s seen worse as a kid. That’s a real solid man right there, physically and mentally.”

Tyson, 55, made a surprise comeback in November 2020 with an exhibition fight against another former champion, Roy Jones Jr. He claimed last week that he had no knowledge of rumored talks for a fight with YouTube star Jake Paul and said he would have to be paid “a billion bucks” to return to the ring.