Mike Pence declares he was ‘proud’ to certify Biden’s victory, setting off storm of criticism from…everyone 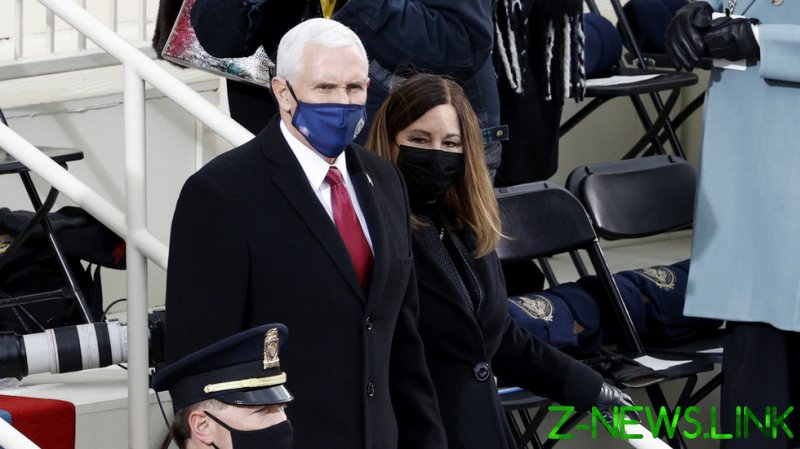 Speaking at the Ronald Reagan Presidential Library on Thursday, Pence dove into his role at the end of the 2020 presidential election, which included certifying the results in Biden’s favor. Trump supporters had called on the former vice president to refuse certification, claiming the election was rigged against Trump. Some rioters at the US Capitol on January 6 were reportedly targeting Pence –  but the former VP said he did not have the authority to do more than he did.

The vice president, Pence continued, has “no authority” to affect the election results.

“There are those in our party who believe that in my position as presiding officer over the joint session, that I possessed the authority to reject or return electoral votes certified by states,” he said, “but the Constitution provides the vice president with no such authority before the joint session of Congress.”

Trump has continued to insist the presidential election was fraudulent – no official proof has been uncovered of widespread fraud – and he even said recently he had not officially conceded to Biden.

Shortly before the January 6 Capitol riot, Trump said at a rally outside the White House that he hoped Pence would “do the right thing” when it came to certifying election results.

“I just spoke to Mike. I said: ‘Mike, that doesn’t take courage. What takes courage is to do nothing. That takes courage,’” he said. “And then we’re stuck with a president who lost the election by a lot, and we have to live with that for four more years. We’re just not going to let that happen.”

He later tweeted that Pence “didn’t have the courage to do what should have been done to protect our Country and our Constitution.”

Pence has spoken positively about Trump’s influence on the Republican Party during his recent string of public speaking engagements, but seemed to insinuate recently that the pair’s differences began with the Capitol riot.

“President Trump and I have spoken many times since we left office. And I don’t know if we’ll ever see eye to eye on that day,” he said in New Hampshire earlier this month.

While Pence’s seeming digs at Trump earned praise from some other Republicans who have become known for their anti-Trump rhetoric, such as former presidential hopeful Joe Walsh, others on both the right and the left waved off his speech as political opportunism.

“So @Mike_Pence is still whining about Jan. 6th like he’s Nancy Pelosi or Chuck Schumer and that’s all you really need to know about Mike Pence,” Newsmax’s Emerald Robinson tweeted.

“What we have here is the forced pivot to claim whatever moral ground Pence can cobble together to salvage his future in GOP politics,” liberal writer Charlotte Clymer added.

CNN’s Chris Cuomo, himself the center of controversy over his show’s coverage of his governor brother, now embroiled in multiple legal investigations, tweeted that Pence’s “legacy” will be ignoring and empowering “lies for years.”