Migrant kids held in US custody soar to 15,500 as journalists & rights advocates demand to see conditions inside ‘border camps’ 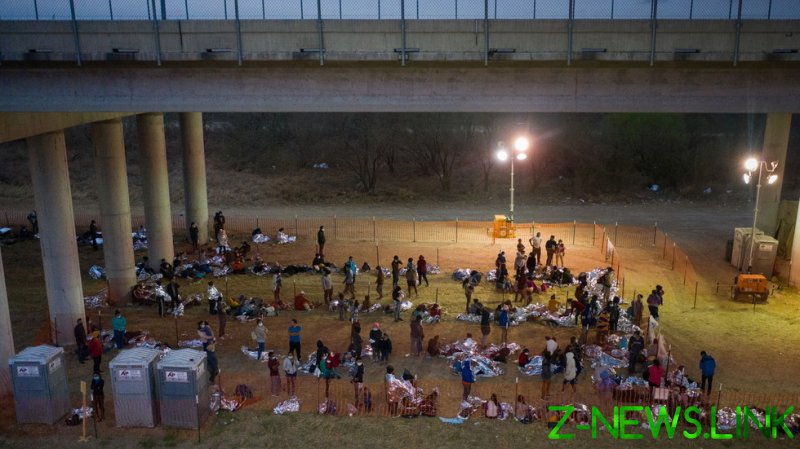 But in the meantime, authorities are struggling to find space for another 5,000 kids, held by Customs and Border Protection inside a tent camp in Texas and other temporary facilities along the Mexico border.

The number of daily new arrivals stands at roughly 500 over the past three weeks, with children on average spending 136 hours in those same border facilities often dubbed “cages” by critics back in the Trump days.

The Biden administration is facing increased pressure in recent weeks over its handling of the crisis, as well as lack of transparency and access for journalists, as there have been no public photos available of the conditions inside the facilities where thousands of children are being kept.

“These border facilities are absolutely no place for children, and it’s troubling that more access is not provided to press and advocates seeking information about the conditions of children in overcrowded facilities,” said Yasmine Taeb, a human rights lawyer and advocate for refugees, as cited by The Hill.

President Biden maintains that federal agencies are acting as quickly as possible to transfer detained children out of the custody of the US Border Patrol into “safe facilities.” Meanwhile Rep. Linda Sanchez (D-California) defended the lack of transparency, claiming it’s “not necessarily appropriate” for the media to see the conditions because they aren’t “permanent,” and insisted that the “safety and privacy” are more important at the moment.

Despite repeated denials that Biden “opened the floodgates” with his immigration policies, and a pushback against the term “crisis,” Biden’s Homeland Security chief Alejandro Mayorkas acknowledged last week that the US is currently “on pace to encounter more individuals on the southwest border than we have in the last 20 years.”