Microsoft has created a digital magazine of two tablets 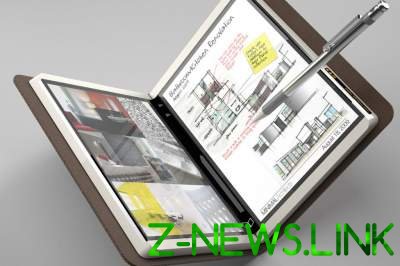 Microsoft Courier will be used as a notebook.

Microsoft has created a digital magazine, Microsoft Courier, which consists of two screens that can be folded like a book.

Windows reports that similar equipment can be released in the next year.

The company also reports that the device Notepad from Microsoft, currently has the code name Andromeda, will run on ARM chipset to support windows 10.

Windows does not report the characteristics of novelty, although Microsoft has focused on creating universal Windows apps for recording information, such as OneNote and Edge.