Microsoft has built a data warehouse based on DNA 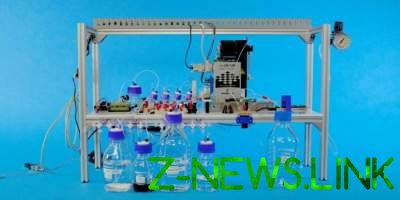 In Microsoft encoded information in an artificial DNA molecule.

The development team of Microsoft and University of Washington have created the first automatic storage system in an artificial DNA molecule. In the future the technology may allow you to store vast amounts of information in devices of equal size dice.

Thanks to the automatic storage of information in synthetic DNA molecules, which are responsible for the genetic memory of a human, the scientists were able to encode the word “hello” and decode it back into digital data.

Experts described the principle of operation of the article, which was published in the edition of Nature Scientific Reports March 21, 2018.

Software that is developed at Microsoft and the University of Washington formats the simplest digital data (ones and zeros) in groups of organic compounds – nucleotides that comprise DNA. The equipment collects the resulting liquid and reagents, and places them in a container for storage.

To translate the information back into the digital system adds certain chemical elements that allow to read the encrypted sequence of DNA molecules.

It is reported that this technology could allow to store the information modern data centers are physical spaces that are approximately equal to several dice.

Thus, DNA can exist for many centuries and even millennia, while digital media are deteriorating for several decades.

Technology can not yet be used for commercial purposes, since its implementation still need manual human labor.

“Our main goal is to start operation system, which is for the end user it will look almost the same as any other system for cloud storage: data is sent to the data center and stored there, and then just appear when needed to the client. For this we need to prove that it has practical meaning from the point of view of automation,” says Microsoft senior researcher Karin Strauss.