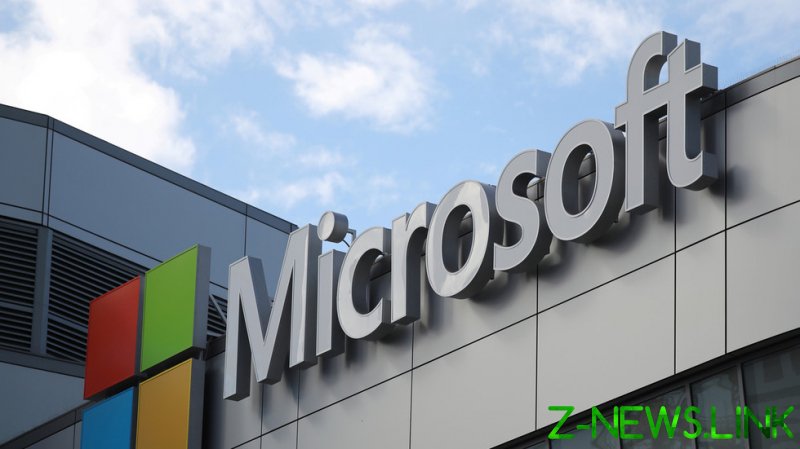 The tech giant said on Friday that it will modify a policy change introduced last month freezing all political contributions, retaining the ban for GOP election skeptics, as well as those with affiliated organizations echoing claims of widespread voter fraud, until at least 2022.

“We will suspend contributions for the duration of the 2022 election cycle to all members of Congress who voted to object to the certification of electors,” the company’s corporate vice president of US government affairs, Fred Humphries, said in a notice to Microsoft’s “PAC community.”

We will also suspend contributions for the same period for state officials and organizations who supported such objections or suggested the election should be overturned.

Microsoft joined a litany of corporate behemoths in halting donations to the same group of Republican lawmakers in the wake of the January 6 riot on Capitol Hill, which saw a swarm of Trump supporters force entry into the halls of Congress as legislators met to certify Biden’s election victory. Among those to cut off the money spigot were financial institutions like Citibank, Goldman Sachs, JPMorgan Chase, the State Street Corporation, Commerce Bank and Mastercard. Companies ranging from Amazon, Marriott, Nike, the Blue Cross Blue Shield Association, AT&T and Google also joined the pile-on.

In addition to the ongoing suspension of donations, Microsoft also noted that it would create a new project dubbed the “Democracy Forward Initiative,” which will throw money at “work that will address the issues and policies that are important to the preservation and promotion of democracy.” While the company gave few details on what that might involve, it said it would pursue “public transparency, campaign finance reform, and voting rights.”

As part of the Microsoft PAC’s new progressive make-over, it said it will reach out to “other businesses and organizations that want to strengthen democracy,” suggesting it would join forces with other corporations to implement its ‘democratic’ vision – which apparently has no place for the 147 Republican lawmakers who questioned the outcome of the last election.