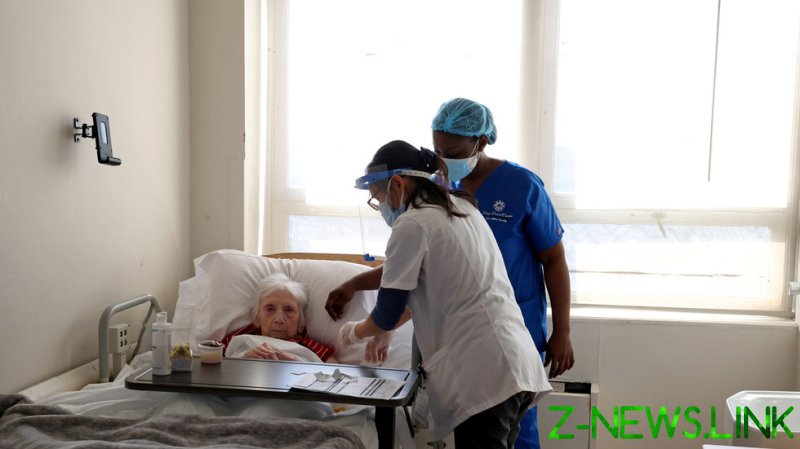 Journalist Charlie LeDuff launched a Freedom of Information suit against the Michigan Department of Health and Human Services on Tuesday, accusing the agency of withholding data linked to coronavirus deaths in nursing homes without legal basis.

“Not only does the public have the right to know this information, we have the need to know,” said LeDuff, who won a Pulitzer for his reporting for the New York Times in 2001 and later returned to local coverage in Detroit.

Represented by the Mackinac Center Legal Foundation, LeDuff says numerous FOIA requests to the state government have been denied without justification. The first inquiry, submitted in late January, was rejected only an hour after it was submitted on grounds that it would divulge sensitive health records – an argument the journalist rejects.

While LeDuff said the state had previously published “certain statistical information” related to Covid-19 deaths, he argued it is lacking in transparency. He drew parallels to the New York state government, which has also come under fire for unwillingness to share its nursing home statistics.

“The need for transparency in this particular area has already been established, in another state, thanks to recent revelations that New York Governor Andrew Cuomo’s administration had intentionally withheld data from disclosure due to concerns about the resulting political fallout,” LeDuff’s complaint said, noting that he saw “significant similarities” between Cuomo’s policies and those of Michigan Governor Gretchen Whitmer.

Whitmer has also faced fierce criticism over her pandemic response, namely a directive early on in the outbreak that incentivized nursing homes to accept Covid-positive patients, despite the risk they posed to the facilities’ aging residents. Cuomo and several other Democratic governors imposed similar policies, which critics say contributed to thousands of unnecessary deaths in elderly populations most vulnerable to the virus.

Among the most vocal of Whitmer’s detractors is county prosecutor and former GOP state Senator Peter Lucido, who suggested on Monday that the governor could be slapped with criminal charges over her handling of nursing homes and “willful neglect of office.”

Whitmer later responded, castigating the prosecutor for “shameful political attacks based in neither fact nor reality” while insisting her administration “carefully tracked CDC guidance on nursing homes, and we prioritized testing of nursing home residents and staff to save lives.”

GOP lawmakers also called on Michigan AG Dana Nessel last week to investigate Whitmer’s nursing home policies in a formal letter to the state Department of Justice. Nessel, however, has signaled unwillingness to launch a probe, saying“bad policy” does not equate to “violations of the law.”

“I think oftentimes it is appropriate for the office to investigate. But not just when you say, ‘We don’t like what this policy is,’” she said of the request.

Whitmer’s administration was previously taken to court by Republicans alleging her “temporary” emergency pandemic powers had been extended indefinitely without approval from the legislature. While the state Supreme Court ultimately ruled against the governor, she simply sidestepped the decision by having her health director extend the orders instead, citing a legal loophole stemming from the 1918 Spanish flu outbreak.