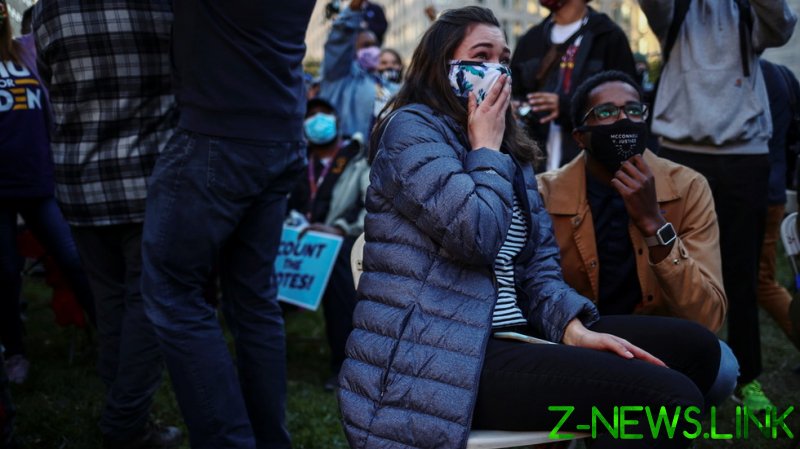 With Michigan’s 16 electoral votes, Biden is projected to sit at 264, just six shy of the 270 needed to win the presidency. The final margin was just over 70,000 votes.

The projection came as the Trump’s campaign said it was filing lawsuits disputing the vote tally in Michigan, citing alleged irregularities with mail-in ballots.

An hour before AP’s call, Trump claimed Michigan “if, in fact, there was a large number of secretly dumped ballots as has been widely reported!” That tweet was flagged by Twitter as “disputed.”

Trump is leading in Pennsylvania, North Carolina and Georgia, but officials in those states still haven’t finished counting the massive amount of mail-in ballots and the designated media outlets are refusing to call them for either candidate. The president’s campaign has also requested a recount in Wisconsin, which the US media called for Biden, but where the difference between the candidates is less than one percentage point.

Trump won Michigan, Wisconsin and Pennsylvania in 2016, triumphing over Hillary Clinton in a major upset.