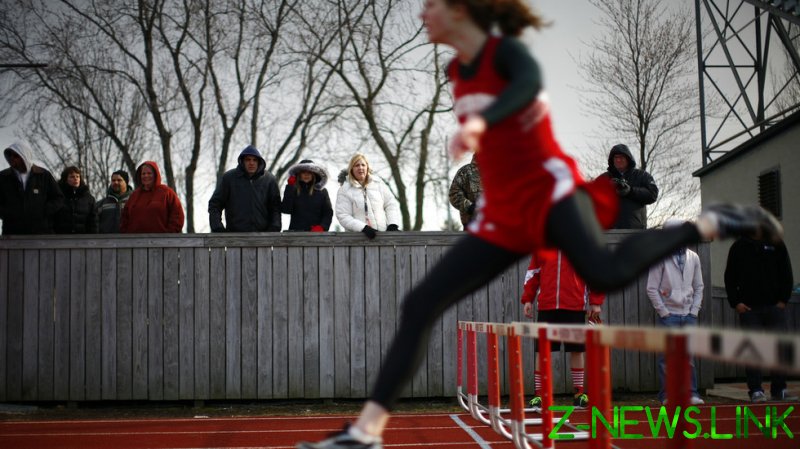 Introduced by GOP state Senator Lana Theis on Wednesday, the measure will require that public school sports programs designate male and female teams, allowing student athletes to compete only on teams that align with their “biological sex.”

“Very simply, my bill will ensure that, in school sports in Michigan, student athletes will compete against one another according to their biological sex – females against females, and males against males,” Theis said in a statement, lamenting that federal civil rights laws ensuring that students can compete “on a level playing field” had been eroded.

With Republican majorities in both chambers of the state legislature, the bill stands a good chance of passing. It was assigned to a committee led by Theis, suggesting it will likely advance to a vote, while the legislation has already gathered 13 Senate sponsors, needing only six more to pass through the upper chamber.

The proposal comes as GOP lawmakers in more than 20 other states consider similar bills pertaining to gender and sports, with South Dakota the latest to pass such legislation, soon to be enacted into law by Governor Kristi Noem. But while South Dakota’s bill sets out ways to enforce the measure, threatening to remove students from teams if they do not accurately report their biological sex before joining, the Michigan law makes no mention of consequences for schools that refuse to go along.

Barring South Dakota, Idaho is the only other state to enact a bill mandating that school athletes compete with other members of their birth-given gender. However, the bill, passed last year, has since been shot down in federal court, with a judge arguing the state had not given sufficient justifications for the law to exist “other than an invalid interest of excluding transgender women and girls from women’s sports entirely.” The bills under consideration elsewhere could face similar legal challenges.

Both the state House and Senate in Mississippi have also passed a bill banning transgender athletes from competing on female teams at public schools, sent to Republican Governor Tate Reeves last week, who has said he intends to sign it. Others mulling similar proposals include Wisconsin, Tennessee, South Carolina, Montana and Utah.

A vocal opponent of the Michigan bill, Erin Knott, who heads up the LGBT advocacy group Equality Michigan, told the Detroit Free Press the law will only be disruptive at schools and lead to unfair treatment of students.

“School officials shouldn’t treat a transgender female student as a girl between 8 am – 3 pm and then treat her like she’s a boy when sports practice starts,” she said. “It’s deeply hurtful to the student and disrupts the school’s policy of treating all kids fairly.”

The ACLU’s transgender rights attorney, Chase Strangio, meanwhile, echoed Knott’s criticisms for all of the bills currently under consideration, insisting “This is not about sports,” but is merely “a way to attack trans people.”